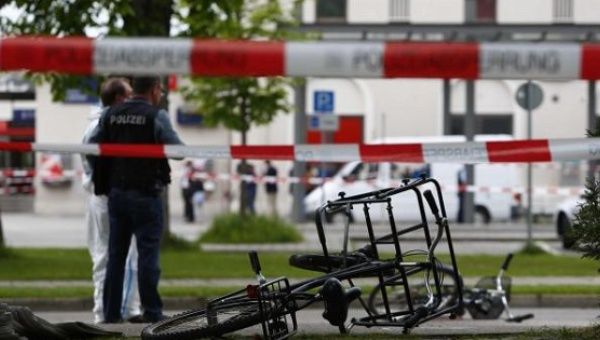 A court of Friday ordered that a man who sprinkled toxic drain cleaner over playgrounds in the West German city of Aachen and injured five children be sent to a psychiatric hospital.
The mentally ill 53-year-old was deemed to present a “significant risk” by a judge on Friday.
He was found not legally responsible because, in his delusional state, he believed the small children posed an “existential threat” to him.
Carrying out multiple attacks in summer 2017, the man sprinkled the dangerous, corrosive substance over multiple playgrounds to drive the children away.
Five children were injured, some suffering chemical burns.

Merkel sworn in for fourth term