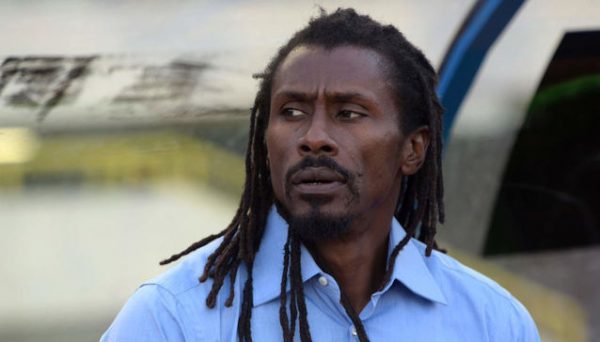 Senegal coach, Aliou Cisse, has had his contract extended by a year, even though there was also a condition attached.
He was given the onerous task of ensuring his team reached the final of next year’s Africa Nations Cup tournament.
“In the assessment of his contract, we feel he achieved his initial goal of qualifying the team for the World Cup.
“After this, the whole world has come to recognise that he was able to bring the Senegalese team up to an appreciable level,” Senegal Football Federation president, Augustin Senghor, had said after Thursday’s meeting to review the team’s performance.
Senegal became the first side eliminated at a FIFA World Cup on the “fairplay rule’’ after finishing level with Japan.
But they were placed behind them in the group standings because of a higher number of cautions received during the tournament in Russia.
Senghor said: “We do not see why he should not continue. So, we have assigned him mission to reach the 2019 Nations Cup final.
“Through his remarks, it was clear Cisse is aiming for this goal himself, and Senegal wants the trophy.”
The 42-year-old Cisse took over as coach in March 2015 and at the last Nations Cup in Gabon in early 2017 saw his side beaten on post-match penalty kicks in the quarter-finals.
He captained Senegal at the 2002 World Cup in Japan and South Korea, where they beat holders France in the opening game and reached the quarter-finals.
His club career took in spells at Lille and Paris St Germain before playing in the English Premier League with Birmingham City and later Portsmouth.
Cisse also earned 35 caps for the Senegal national team.
He coached Senegal’s under-23 team at the 2012 Olympic Games in London and then took over the senior side.