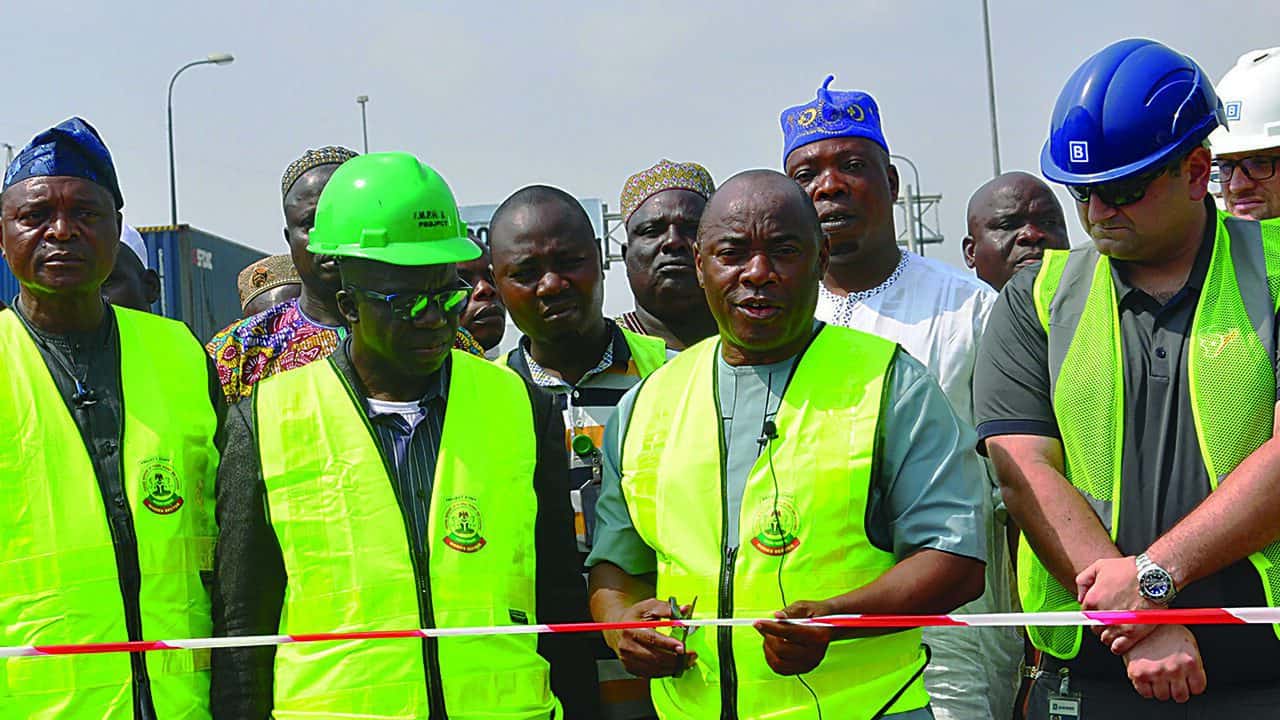 The Federal Controller of Works in Lagos State, Adedamola Kuti, says rehabilitation of critical sections of the Lagos-Abeokuta Expressway and the Apongbon Bridge on Lagos Island would begin on Thursday.
Kuti told the News Agency of Nigeria on telephone on Tuesday that the repair works were to ease traffic during the Christmas season.
He said that the Federal Ministry of Works and Housing would soon release details of its end-of-year road rehabilitation programme to the public.
“We are beginning rehabilitation of Apongbon Bridge on Thursday. We are also starting palliative work on the Lagos-Abeokuta Expressway on the same Thursday. I just want to work on those bad gullies, those bad sections.
“I have asked the contractors to do some palliative works so that people can travel as we enter into the Yuletide; so, the repair will go on simultaneously,’’ he told NAN.
Kuti said that he had discussed an effective traffic management plan with the traffic regulatory agencies to avert gridlock around the Apongbon Bridge construction zone.
On the Lagos-Badagry Expressway, he said that repair works were ongoing but might not be visible because of the heavy rainfall slowing the down pace of work.
“Now that the rain is subsiding a little, road users will begin to see the impact of the repairs,’’ he said.
He told NAN that contractors returned to site on Friday to stabilise critical sections of the Ikorodu-Sagamu Road to ease traffic on the major road.
“We are carrying out palliative works on Ikorodu-Sagamu Road because it is a major route. We are trying to also do some palliative works on the highway toward NNPC Mosimi Depot.
“The palliative works on Ikorodu-Sagamu started on Friday,’’ he told NAN.
Meanwhile, the Lagos State Traffic Management Authority has sent out travel advisory on road users on traffic diversions as repair works begin on the Apongbon Bridge.
“There will be repair and resurfacing of some sections of Apongbon Road inwards Eko Bridge from Thursday (November 7).
“As a result of the above, there will be partial road closure along the construction zone.
“Therefore, motorists are advised to make use of the following routes to ease congestion and improve travel time.
“From Marina Bridge, take UBA Roundabout to Elegbata, connect Eko Bridge through Ejalonibu ramp.
“From Ebute-Ero to Ebute-Ero Police Post, connect Idumota to Ijora Olopa by LAWMA Office and link Eko Bridge,” LASTMA advised.
LASTMA gave the assurance that its personnel would be deployed to all strategic points and junctions on the construction corridor and alternative routes to ensure hassle-free movement.