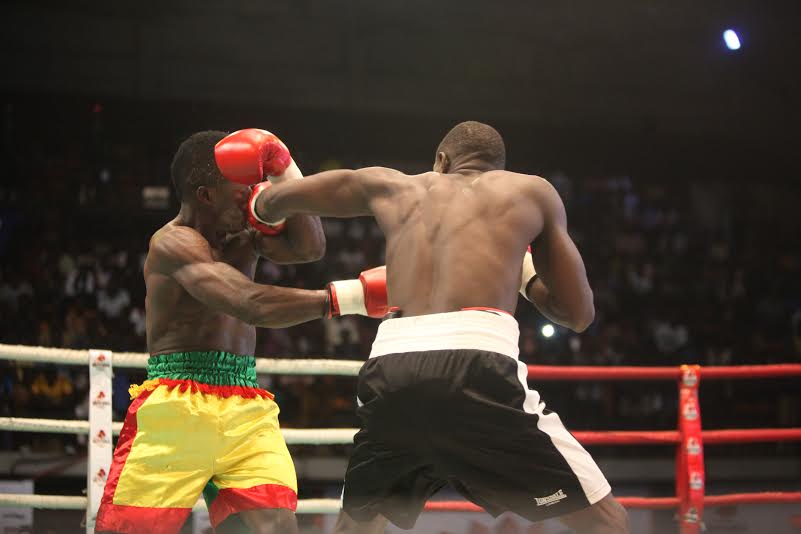 Boxers have expressed delight at the return of GOtv Boxing Night.

The 21st edition of the event had been scheduled to hold on April 12, but was postponed because of the Coronavirus pandemic and lockdown subsequently imposed.

The edition, which is now scheduled to hold on November 27, 2020 at the Rowe Park Sports Centre, Lagos, has filled many boxers with joy.

Speaking during an interview on Wednesday, Rilwan “Babyface” Babatunde, the West African Boxing Union welterweight champion, said he is thrilled to return to action after a seven months break.

Babatunde, who is billed to fight Jubril Olalekan in a challenge duel, said: “I can’t wait to fight again.

“I never stopped training even for one day, so I fully prepared for the fight.”

Fijabi, who will fight Dennis Mbat, said he expects to make a triumphant ring return.

“COVID-19 disrupted my programme, but I am grateful to God that the ban on sporting activities has been lifted.

“Mbat will fall in three rounds.”

WABU lightweight champion, Rilwan “Real One” Oladosu, who has his eyes on the African title, said GOtv Boxing Night 21 has given him the opportunity to restart his bid for the continental title.

Oladosu commended the sponsors for their faith in Nigerian boxers.

“I’m happy that the sponsors have not abandoned Nigerian boxers. It has been a difficult year, but they have put a smile on our faces by bringing back GOtv Boxing Night,” said Real One.

Many boxing fans are similarly delighted and expectant to see their favourite boxers back in action A fan of Baby Face, who identified himself as Wale, said: “I’m happy that GOtv Boxing Night is back.

“I am particularly excited that Baby Face will be in action, as it has been a long time since I last saw him fight.”

Another fan, Chinedu Duru, said he is disappointed that fans will not be allowed into the venue because of COVID-19, but happy at the chance to watch boxing again and will be by his television set on the event day.

The event will be headlined by a national bantamweight title bout between Habeeb Oladeji and Tunde ‘Turning Star’ Olojede.

The last edition of the show held in December 2019, while another was scheduled to hold in April 2020, but was postponed following COVID-19 outbreak and subsequent ban on large gatherings.

The event will be shown live on SuperSport Select 2 for all GOtv Max, Jolli and Jinja package subscribers.

Also, starting November 21, customers can get a GOtv decoder and antennae with one month on Jolli package at N8,400.

Visit www.gotvafrica.com or download MyGOtv app, which is available to iOS and Android users to upgrade, reconnect or select the Auto-Renewal option to stay connected to quality entertainment without interruptions and for other self-service options.