Bill and Melinda Gates announce divorce, but will work together at foundation 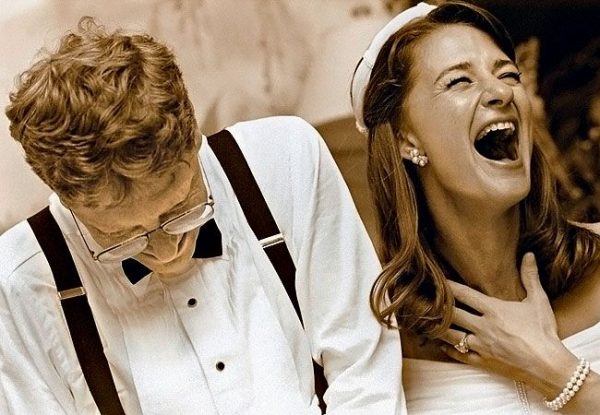 Philanthropists Bill and Melinda Gates said on Monday that they were ending their marriage after 27 years.

The pair disclosed this in a joint statement posted on Twitter by the Microsoft founder.

They said in the statement: “After a great deal of thought and a lot of work on our relationship, we have made the decision to end our marriage.

“Over the last 27 years we have raised three incredible children and built a foundation that works all over the world to enable all people to lead healthy, productive lives.

“We continue to share a belief in that mission and will continue our work together at the foundations, but we no longer believe we can grow together as a couple in this next phase of our lives.”

The Gates jointly run the Bill & Melinda Gates Foundation, which is based in Seattle in the US Pacific Northwest, with chief executive Mark Suzman.

In the U, the foundation seeks to ensure people have equal access to what they need to achieve success in school and life, especially for those with the fewest resources.

The foundation says it had spent more than $54 billion on projects by the end of 2019.

One of its biggest supporters is star investor Warren Buffett, who has already donated more than $20 billion to the organisation.

Since 2010, Buffett and Bill Gates have encouraged other billionaires to donate their riches to good causes as part of an initiative called The Giving Pledge.

The wealthy signatories pledge to donate at least half of their assets to charitable purposes during their lifetime or afterwards – as stipulated in their will.

Bill, who is one of the richest people in the world, has often emphasised in interviews that his children should only inherit a small part of his wealth.

The financial magazine Forbes has estimated he is worth more than $100 billion.

Bill was 19 when he founded Microsoft with Paul Allen in 1975 and dropped out of college at Harvard University.

The company’s rapid rise began in 1980, when Microsoft sold manufacturer IBM its MS-DOS operating system – the forerunner of what would later become Windows.

In 2007, Bill received an honorary degree from Harvard.

He gave up his active role at Microsoft in 2008 to focus on the work of the foundation.

She earned a Bachelor’s Degree in computer science and economics and an MBA, both from Duke University.

She spent the first decade of her career developing multimedia products at Microsoft before leaving the company to focus on her family and philanthropic work, according to the foundation’s website.