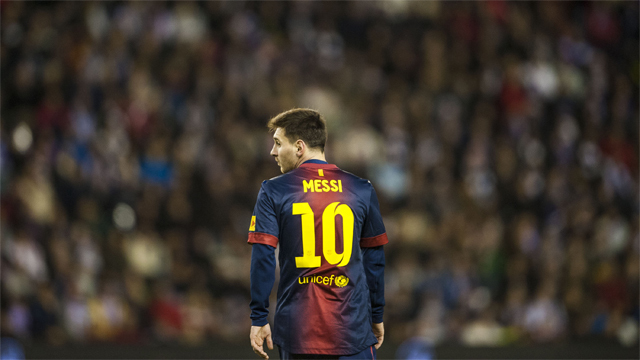 Barcelona president Josep Maria Bartomeu has called a meeting with Eric Abidal to discuss the sporting director’s future at the club following a public disagreement with Lionel Messi.
On Tuesday, Messi asked Abidal to “give names” after the latter criticised the club’s players over their work ethic.
Abidal – a former teammate of Messi at Barcelona – suggested players in the current team were unhappy and had not been working hard enough under former coach Ernesto Valverde.
Valverde was dismissed in January and subsequently replaced by Quique Setien.
“A lot of players were not happy and did not work much and there was also a problem with internal communication,” Abidal told Spanish newspaper Sport.
“The relationship between the coach and dressing room was always good, but there are things that as an ex-player I can sense. I told the club what I thought and we had to make a decision.”
Messi responded to the comments on social media telling the club’s senior officials to take responsibility for their own actions and warned them against tainting the entire squad with criticism which may be directed at certain individuals.
“I honestly do not like to do this kind of thing but I think that everyone has to be responsible for their job and take responsibility for their decisions,” Messi said on Instagram.
“Players for what happens on the field, we are also the first to acknowledge when we don’t play well.
“Those in charge of sporting direction should also face up to their responsibilities and above all take charge of their own decisions.
“Lastly, I think that when you talk about players, you should give names because otherwise you are tainting everyone’s name and feeding rumours that spread and are not true.”