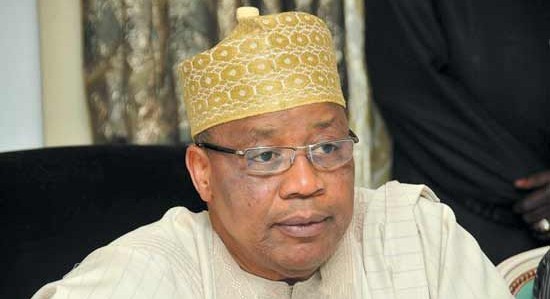 Former military President, retired General Ibrahim Badamasi Babangida, will on Friday in Minna, Niger State give out his last daughter, Halimat, in marriage.
The wedding is taking place amidst concerns over the General’s health.
Babangida recently returned from Germany, where he sought some medical help.
Since then, he has kept off from public functions.
Halimat is the second daughter and last child of the family.
She was born by Babangida’s late wife, Maryam, while the military ruler presided over the affairs of the country at Dodan Barracks in Lagos.
Babangida ruled from Lagos between August 1985 until 1991 when he shifted the seat of government to Abuja.
The groom is Alhaji Auwal Lawal Abdullahi, who holds the traditional title of Sarkin Sudan Gombe.
He is a businessman.
All arrangements have been concluded for the wedding and invitations sent to prominent Nigerians across the country.
The News Agency of Nigeria reports that the wedding prayers will take place at the Hilltop Villa of the former military President Minna by 2.30pm.
The Nigeria Security and Civil Defence Corps in Niger State says it will deploy no fewer than 135 personnel to provide security before and during the wedding fatiha.
Philip Ayuba, the Commandant, NSCDC in the state, gave the figure in an interview with News Agency of Nigeria on Wednesday in Minna.
Ayuba said the command has set up three teams to achieve this purpose, including a surveillance team that will carry out under-cover activities in all the black spots within and outside the metropolis of the city.
He said another team will patrol the metropolis patrol, while a third team will secure the venues of the programme.
These are Justice Legbo Kutigi Conference Center, where a reception will hold for the guests; the El Amin School, which will hold a spill-over reception; and the residence of the former President.
“We have already issued an effective operational order to the officers deployed for that effect,” Ayuba said.
He also said sufficient personnel will be deployed to all the roads leading to the Hill Top residence of the former president.
The Commissioner, Niger State Police Command, Zubairu Mu’azu, also said 4,000 policemen will be deployed to provide security on the highways, major roads in Minna, the airport and the venues of the ceremony.