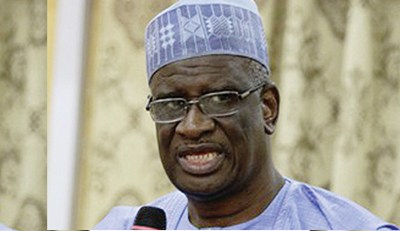 The Board of Trustees of the Peoples Democratic Party has approved the nomination of a former Acting National Chairman of the party, Dr. Haliru Bello Mohammed, as its acting Chairman.
The appointment was made on Monday.
This followed the refusal of President Goodluck Jonathan to accept the responsibility.
The Chairman of the BoT, Chief Tony Anenih, had said he resigned to pave the way for the emergence of Jonathan as the chairman of the BoT.
Mohammed was the only candidate nominated for the position.
The Deputy President of the Senate, Senator Ike Ekweremadu, announced the appointment of Haliru on Monday.
Ekweremadu told State House correspondents at the end of the BoT meeting in Abuja that Mohammed would serve in acting capacity until the election of a substantive chairman.
He said the party would soon convene a meeting where both the national chairman and the BOT chairman would be elected.
The acting Chairman of the party, Chief Uche Secondus, is also to continue in that capacity until the election of a substantive chairman.
Mohammed expressed happiness with his emergence as the acting chairman of the BoT.
He said: “We are determined that we will pull our ideas.
“Most of what remains as the founding fathers of the PDP is in the BoT.
“Therefore, we will make sure that we use their collective wisdom to also reach out to all our members in all the states of the federation so that we will bring the party back to the grassroots.
“We are sending this party back to the people and with what we have seen in the last 16 years in our relationship with the people of Nigeria, we are confident that the PDP will still remain the largest party in Africa and certainly the party of choice in Nigeria.
Secondus said all officials would collaborate with the party to take it back to the grassroots.
The National Secretary of the BoT, Senator Walid Jubrin, said the acting officials would be in office for about three months as the appointments were a temporary measure to reposition the party.
Jubrin said President Jonathan declined to serve as the Acting chairman of the BoT, thus the nomination of Mohammed.