Ancelotti: Why Iwobi is struggling at Everton 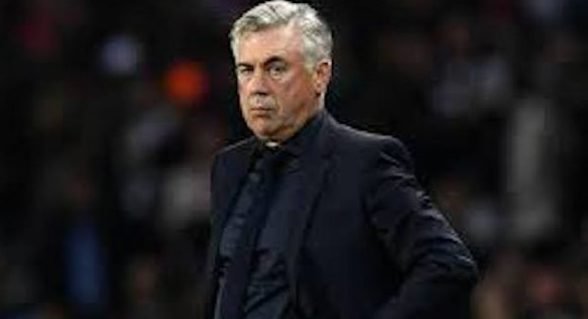 Carlo Ancelotti has thrown his support behind out-of-form Alex Iwobi after he again failed to make an impact as Everton lost 2-1 to Aston Villa.

It was a continuation of how things have been for Iwobi since joining the Toffees from Arsenal.

In 63 outings in all competitions, he has scored just four goals and assisted the same amount.

It has been a disappointing return from a player who cost just shy of £30 million.

The defeat to Villa was the 13th consecutive appearance in which Iwobi has not managed to make a direct goal contribution.

His last was the opener against Wolves in the 2-1 win on January 12.

Despite his struggles, his manager has moved to take some of the pressure off him.

“He is part of the squad and after that, he had some games where he played really well and was really helpful for the team.

“And in other games, I tried to change a little bit the strategy.

“It didn’t work well but not for his fault.

Ancelotti also spoke glowingly of Iwobi’s application, and suggested he is not running out of patience with the winger.

“He is not a frustrating player because he is really professional, really serious, always ready.

“Not at all is he a frustrating player because he is a really good professional with a fantastic attitude.”

Iwobi has five games remaining in the current campaign to get back into his groove.

Next up for the Blues is a trip to top four-chasing West Ham.

That will be followed by another meeting with Villa, before fixtures with Sheffield United, Wolves and Manchester City bring their season to a close.