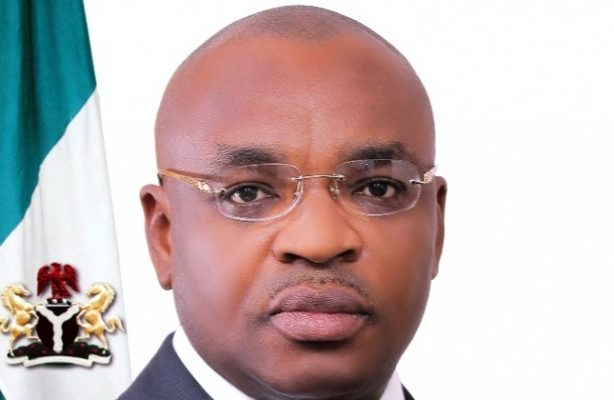 Share
Facebook Twitter LinkedIn Pinterest Email
The Akwa Ibom State Government has inaugurated a Commission of Inquiry into the collapsed church building that killed worshipers in Uyo on Saturday.
Governor Udom Emmanuel said at the inauguration in Uyo on Thursday that the panel would be referred to as Commission of Inquiry (Collapsed Church Building) 2016.
Emmanuel explained that his power to constitute the commission was derived from Section 2 of the Commission of Inquiry Law, Cap. 33 of Akwa Ibom State 2000.
He added that the commission would be cited as the Commission of Inquiry (Collapsed Church Building) Instrument, 2016 that had come into effect from December 14.
He named retired Justice Umoekeyo Essang as the Chairman of the eight-member panel, while the Secretary is Emem Daniel of the state’s Ministry of Justice.
The governor also announced that the commission shall commence sitting on December 16 and the chairman plus four other members shall constitute a quorum during sitting.
Emmanuel said the commission would submit its report in three weeks from the date of its first sitting or within such extended period as may be allowed after written approval.
He said the commission had the right to regulate its own procedure and that no procedure shall exclude the chairman of the panel from voting on any issue.
Emmanuel said: “The commission shall with all convenient speed inquire into the circumstances that led to the collapse of the Reigners Bible Church Building in Uyo, Akwa Ibom State.”
The six terms of reference include investigating the immediate and remote causes of the collapse of the building and examine the roles played by persons and institutions in the disaster.
The commission is expected under its terms of reference to identify any person, institution or authorities responsible either remotely or immediately for the collapse of the church building.
It is also expected to indict persons, organisations or groups found culpable and recommend appropriate sanctions to government.
The governor further directed the commission to recommend measures that should be taken by individuals and institutions to guard against future occurrences.
The News Agency of Nigeria, recalls that Governor Emmanuel was in attendance when the church collapsed but he escaped unhurt while three commissioners and his Chief Press Secretary sustained injuries.
Emmanuel attended the church service as a special guest in the bishopric enthronement of the founder, Apostle Akan Weeks but the ceremony ended abruptly following the collapse of the church.
Weeks has in a recorded radio interview monitored in Uyo apologised and appealed for forgiveness, claiming he was also wounded and was recuperating in an undisclosed clinic.