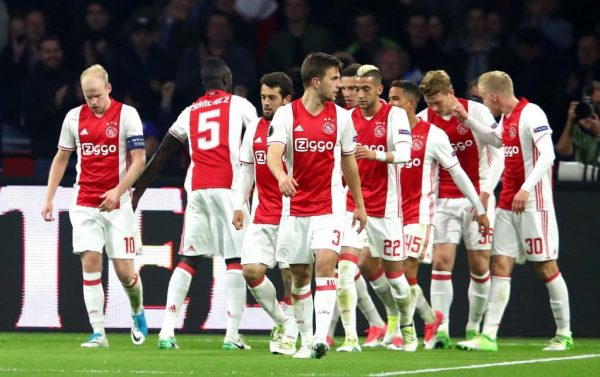 Ajax have been denied the opportunity to wear their popular Bob Marley-inspired kit in the Champions League this season.

The Amsterdam club went viral on social media in August when they released an eye-catching strip which gave a nod to the team’s connection with the famous reggae singer.

It produced record sales for Ajax, who have since worn it in an Eredivisie game, but they will not be able to continue wearing it in European competitions following a ruling by UEFA.

That is because the kit, which features three little birds in red, yellow and green on the back, apparently contains imagery which is at odds with the European football governing body’s rules.

Ajax wore the shirt for the first time in their 2-0 league win over PEC Zwolle on Saturday, but it won’t be making another appearance in their opening Champions League match against Sporting Lisbon on Wednesday.

“UEFA sees it as a different expression than the club logo, logo clothing sponsor or sleeve sponsor,” Ajax have reportedly said of the ruling.

“Other expressions are not allowed.”

Ajax’s connection with Marley stems from their supporters adopting his famous tune ‘Three Little Birds’ as one of their terrace songs.

Despite the Champions League snub from UEFA, the experimental kit can still be considered a major success by the club.

Ajax commercial director Menno Geelen explained the impact it had made after going on sale last month.

“We had already responded to the interest by purchasing much more than ever,” Geelen said.

“A record number of shirts were sold in one day. This shirt is sold at least four times more than any other Ajax shirt. It’s unique.”

Ajax fans first sang ‘Three Little Birds’ back in August 2008 after the song was played over the PA system following a friendly against Cardiff City.

“I am beyond touched that Ajax has taken ‘Three Little Birds’ and made it their anthem,” Cedella Marley, Bob Marley’s daughter said last month.

“Stories like this warm my heart and show how impactful songs like Three Little Birds can be. Soccer was everything to my father.

“To use his words: football is freedom”.