Airport will open up Ekiti –Speaker 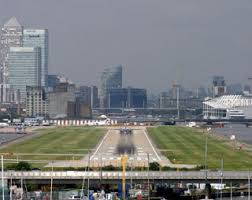 The Speaker of the Ekiti State House of Assembly, Right Honourable Kola Oluwawole, has said that the state governor, Mr Ayodele Fayose, is seriously considering construction of an airport in the state to open its potentials to foreign partners and investors.
Pastor Oluwawole stated this during the week when members of the House played host to the executive members of the Aeronautical Information Services Association of Nigeria (AISAN), led by their president, Mr Shittu Babatunde, at the Assembly complex.
According to a statement by the Special Assistant (Media) to the Speaker, Stephen Gbadamosi, the courtesy visit witnessed presentation of award to a member of the House, Honourable Titilayo Owolabi Akerele, representing Ikole Constituency II, who is the only woman to have ever served as president of the association so far.
“Your visit to Ekiti State is timely. Over the past weeks, I have been involved in discussions where the Executive governor of Ekiti State, Mr Ayodele Fayose, repeatedly expressed the desire to have an airport established in the state.
“I also remember him telling the commissioner for lands and housing to begin the process of carrying out an area survey of the state to establish where is suitable to site a airport in the state. I also know of prominent citizens of the state who are concerned about the development of the state that have similar thinking.
“There are so many resources in the state that are yet to be tapped. Possession of an airport will help in no small measure to expose such resources to exploration.
“Let me tell you, for example, that the College of Medicine of the Afe Babalola University, Ado-Ekiti (ABUAD) would have been accredited a long time ago had there been an airport in Ekiti. How many foreign partners would want to brave the rigours of travelling long hours on dangerous roads when air travel is available?
“Possession of an airport will open Ekiti State to the outside world. This dream, by God’s grace, will become a reality in the life of the Fayose-led government,” he said, adding that the awardee, Honourable Akerele, who is also the chairman of the House Committee on Public Petitions, had distinguished herself in her duties in the Assembly.
Earlier, president of AISAN, Babatunde, had lauded the House leadership for the “noble and unique efforts of the state governor and the House of Assembly in pursuit and actualisation of the reform agenda of the Ekiti State government as it pertains to safety, road construction, rural development, youth empowerment and so on.”
Babatunde challenged the current administration in the state to seriously consider construction of a cargo airport in the state so as to harness to enourmous resources it is blessed with.
“Right Honourable Speaker sir, Ekiti State is endowed with various natural resources evenly distributed across the state. I, therefore, advocate and support building of a cargo airport in Ado-Ekiti to harness and ensure seamless exportation of agricultural products beyond Nigeria,” he said.
Other speakers at the event, including the husband of Honourable Titilayo, Captain Owolabi Akerele (retd); and the chairman of the House Committee on Information, Chief Gboyega Aribisogan, noted that all hands needed to be on deck to grow Ekiti State with its people’s God-given intellects.