Adeboye: What you have to do for God’s elevation, fulfilment 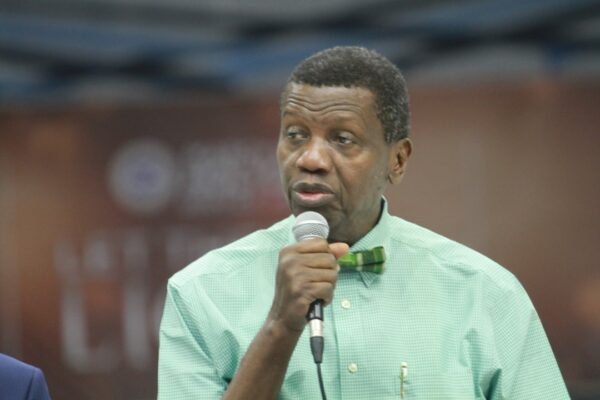 Pastor Enoch Adeboye, the General Overseer of the Redeemed Christian Church of God, on Sunday said surrendering totally to God would bring about elevation and fulfilment of dreams.

Pastor Adeboye said this in his sermon, with the theme: “Supernatural Elevation,” at the May thanksgiving on Sunday.

According to him, elevation simply means movement to a higher level, quoting Psalm 121:1-2 and John 12:32.

He added that supernatural things were easy to understand if it was broken into two: which are super and natural.

He said: “It is simply saying something that is superior to the natural.

“In other words, there is the natural and there is something that is superior to the natural.

“If the natural hooks up with the supernatural, then the natural will be able to do what ordinary people cannot do.

“Supernatural is that which enables the natural, the ordinary to do that which cannot be done by ordinary means.

“Judges Samson was brought to the Philistines and the supernatural came upon Samson and the ropes binding Samson broke as if it is touched by fire.

“He took the jaw bone of an animal that became the vessel of mass destruction and killed a thousand of people because he became connected to the supernatural, Judges 16:4-6.”

Adeboye said that the supernatural, that which is beyond the natural, could be found in two categories.

“The power of the Almighty God is superior to any power that the devil has Philippians 2: 9-11.

“Supernatural Elevation means reaching a hight that you cannot reach by natural means.

“Power that is beyond natural power moving you to a new height.”

Adeboye gave examples of people in the Bible that God elevated through total surrender to include Joseph, David among others who surrendered to God and were elevated.

He added: “Are you ready to do God’s will all the days of your life?

“It doesn’t matter where you are hiding, He will bring you in the open.

“The sun of somebody is about to rise and when your sun rises, God will see it that it never set.

“Are you willing to surrender your life to Him and do His will at all times?

“Until you surrender completely to God, the elevation will not start and if it had started, it will stop.

“If you want to completely surrender your life to Jesus asking Him to take over your life completely from now on, come to Him now because He is the one who can make sure your promotion is permanent.

“He is the one who can fulfil all dreams.

“Come to Him now to completely surrender to Him.”