The Esuk Mba community market in Akpabuyo Local Government Area of Cross River is still practising trade by barter as a means of exchange for food items since it was established in 1956, the News Agency of Nigeria reports.
The market, which is located in a remote village in Esuk Mba in Akpabuyo, is a weekly market that starts from 7a.m in the morning and ends at noon every Saturday.
Villagers usually move their consumable items to the market in exchange for the ones they are in need of.
This practice, NAN learnt had been in peaceful existence among members of the community on every market day since 1956. 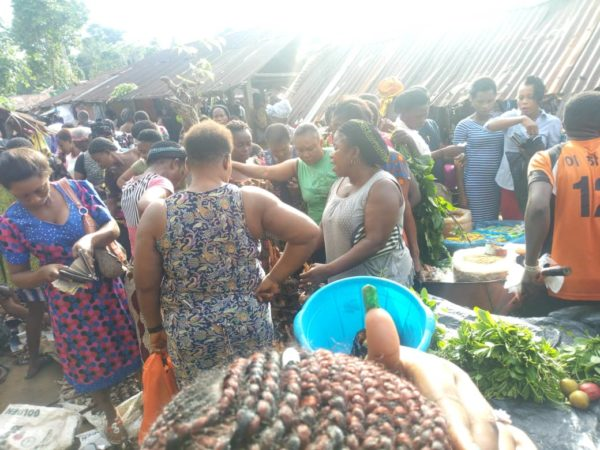 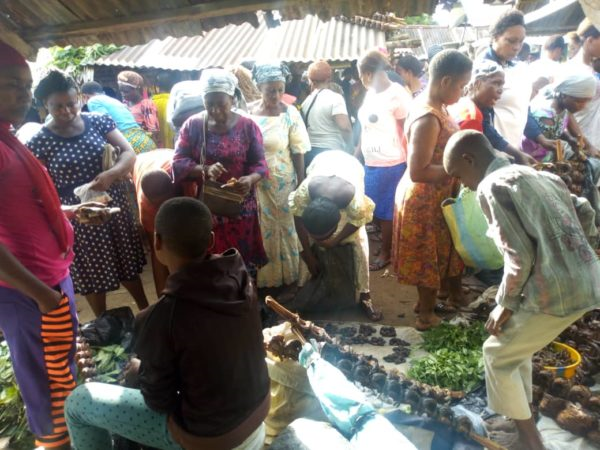 The Community’s Youth Leader, Asuquo Effiong, who conducted NAN Correspondent round the market, said the market which serves as a tourists site for most visitors, was in dire need of a facelift.
He told NAN that the practice was still in existence because the market was handed over to them by their forefathers.
According to him, the market is also significant because it was also a point of activities during the period of the slave trade in Nigeria.
Effiong said: “We grew up to meet this market. We hold it so much in high esteem and we want to sustain it. We use it to remember our forefathers and to sustain our culture.
“As you can see, they are varieties of food items in this section for exchange. In this market, you can bring your palm oil and exchange it for garri, yam, fish or plantain as the case may be.

“The market is close to the river side and our people here are predominantly fishermen. The community is not comfortable with the size of this market; there have been no expansion of the market since inception.
“In addition, we don’t have any good school here, no portable drinking water and health post. We need government intervention in this community.”
A market woman, Eno Etim, who brought in yams for exchange for palm oil, told NAN that the tradition had been with them for ages.
According to Etim, she had no palm oil in her house; hence she brought four tubers of yam to exchange for four litres of palm oil.
Also, Grace Okon, told NAN that she brought in periwinkle, popularly called `mfi’ in Calabar language for exchange for garri, adding that it had helped them over the years to save cost in view of the scarce financial resources.
NAN observed that most of the roofs in the thatched houses inside the market had already fallen off, while the wood, which usually gives the houses a standing position were lying on the ground.
A youth in the village, Cyril Asuquo, who conducted NAN Correspondent through the slave trade route behind the market, upto the creeks where the slaves were transported through the sea to other countries, said the route was called a `Point of no Return’.
He explained to NAN that the bank of the creeks was called a `Point of no Return’ because any slave, who got to that point never came back to the family.
He said:  “This route is the Point of no Return as we heard from our fore-fathers; it used to be a slavery ground. When they take you to this point as a slave, it means no mercy, no return.
“We lost our fathers, mothers and relatives that were taken through this point. But in all, we thank God that the practice of slavery has been abolished.”
Asuquo, who also showed NAN the thatched house that used to serve as a resting point for the slaves after a long distance trek, urged the state government to make the spot a tourist site.

Ronaldinho set to be released from prison