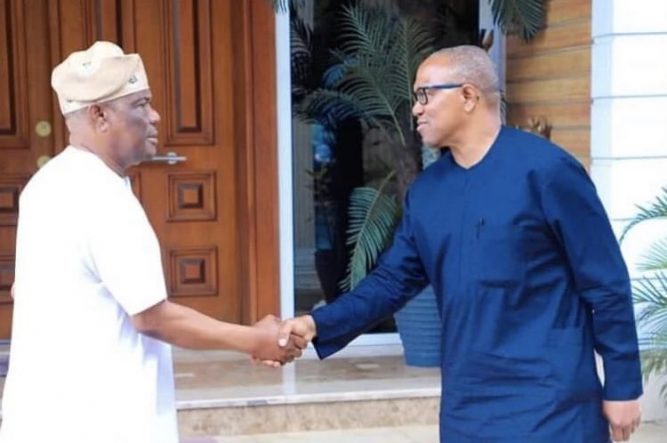 The presidential candidate of the Labour Party, Peter Obi, has continued his consultations ahead of the 2023 elections.

On Wednesday, Obi was at the Rivers State Government House, where he met with the State Governor, Nyesom Wike.

Spotting a traditional Yoruba attire of buba and sokoto, which appeared to be white, with a cap to match, Wike personally received Obi, who was also in a blue traditional attire.

Recall that Wike, a member of the Peoples Democratic Party, lost the presidential ticket to Atiku Abubakar.

The vice presidential slot also eluded him as it was given to the Delta State Governor, Dr. Ifeanyi Okowa.

According to available information, Obi met with Wike in order to build a relationship that will transcend political divides, with focus on the development of Nigeria. 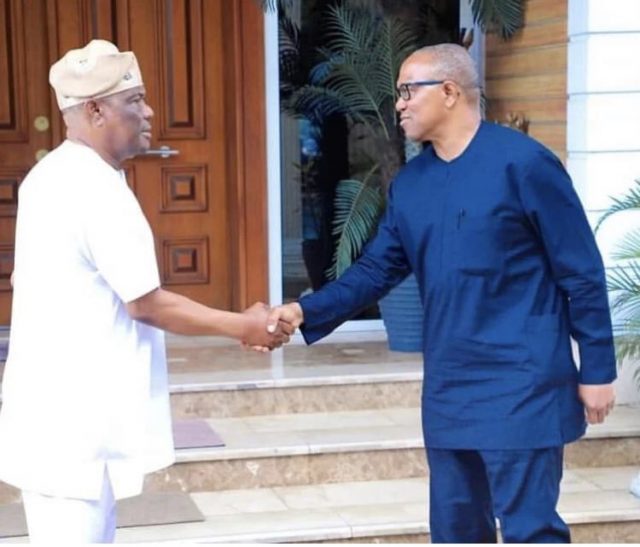