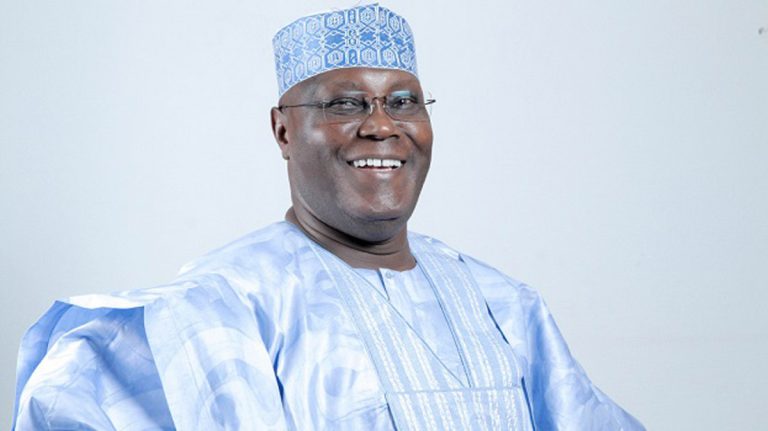 The Northern Elders Consultative Forum, including the Christian leaders in the All Progressives Congress in the North, have formally adopted the presidential candidate of the Peoples Democratic Party, Atiku Abubakar, for the 2023 elections.

The position of the group was revealed by a former Deputy Governor of Kogi State, Simon Achuba, on Friday in Abuja.

Achuba, who read the report of the technical criteria committee set up by the leaders of the group, said Abubakar was adopted following the resolve of the Northern Christian leaders to work with their Muslim counterparts to adopt one of the presidential candidates in a bid to defeat the same-faith presidential ticket of the All Progressives Congress.

The group, which includes a former Speaker of the House of Representatives, Yakubu Dogara, but without a former Secretary to the Government of the Federation, Babachir Lawal, who had decided to back the presidential candidate of the Labour Party, Peter Obi, said the former Vice President was their choice.

The report from which Achuba read was signed by the group’s Chairman and former Minority Leader in the House of Representatives, Mohammed Umara Kumaila, and a legal practitioner, Nunge Mele (SAN).

He said: “The seven and a half years of the APC government has engendered wide spread national perception of its inability to tackle security challenges and turn around the national economy.

“A further compounding albatross on its neck is the unfortunate self-inflicted divisive same-faith-ticket which cannot guarantee the desired peace, unity and cohesion in Nigeria, a decision that has been kicked against by a huge population of Nigerians.

“The perception that the APC Presidential candidate has some health challenges makes people very uncomfortable. There is the fear that it may precipitate a situation where unelected surrogates will be running the government while the president left attending to his health .

“On account of 1 – 4 above, the party is likely to face a backlash or may not escape a backlash that will lead to its defeat at the polls in 2023.

“From the existing structure of the Labour Party and even from the records of Independent National Electoral Commission, INEC, as it stands for 2023 elections, even if all their candidates win in the 2023 elections, can the party still produce the President? Very unlikely indeed.

“Assuming without conceding that they even produce t+ President, can they (LP) run the government? Not likely. The results of 5 and 6 above will be to form a minority Government with devastating effect on National political stability further impelling the fragile health of our Country.

“Furthermore, there is no way a keen political observer will not see that there is a major disconnect between Peter Obi as a candidate and Labour,which is indicative of the fact that he is not running a collegial political structure in a diverse Country like Nigeria.

“It is, however, respectively observed that LP is a party to be watched in the future only if it sustains the tempo and maintains the mass movement while at the same time building up its structures towards subsequent elections.

“The NNPP on the other hand has similar characteristics with the LP and there is no need repeating same except that ~ NNPP appears to be building a party for the future with – little or no impact in the 2023 elections.”

The leaders, therefore, said the PDP, from all indications, seemed to be above board in every criteria as postulated.

The report said: “It is nationalistic in spread even though not free from internal crisis like each of the other political parties. if the momentum is aggressively sustained, it will be the party to reckon with.

“From the above evaluation and analysis, it is evident that the APC is heading for implosion and extinction; hence it cannot be the party for now and in the future because of its rejection to embrace inclusiveness in a diverse Country like Nigeria. After the 2023 elections, APC may be dead and buried as a political party.

“While the duo (NNPP and LP) may emerge as strong contenders in the political arena in the future, from all indications, PDP appears to be the best option to adopt and support.

“All it takes is to sustain and tackle some of the problems and challenges this Country is facing. Certainly, with proper consultations and inclusive appointments, which is mindful of the Federal Character principles with sincere consideration of diverse issues such as religious affiliation, geographical location and ethnic identity, which many believe will enhance justice, fairness and equity.

“After a careful evaluation of all the issues highlighted above, we hereby recommend for the adoption of the PDP, to all lovers of democracy in Nigeria, for the 2023 presidential election.

“However, this should be subject to getting the necessary assurance from the party to run an all-inclusive government, details of which shall discussed with the leadership of the party in the nearest future.”

Dogara said he would not have backed a Christian-Christian ticket if it was the case, adding that all Nigerians must get given a sense of belonging.

He said: “This is a difficult moment for Nigeria. I know that some of us may not even find it easy. By the time we have taken this decision.

“But if you are a student of history, you will know what division has has done. I challenge us if there is anyone here, whether it is a professor or teacher, Beholder that can point to any human civilization ever attempt by divided people.

“I do not believe we have one person here who can point to that development the human civilization that was viewed by a divided house I cannot find one.”

Also a communique issued at the end of the meeting signed by Muktar Shagari and Prof. Dokan Sheni endorsed Abubakar.