2019 elections will not hold in Igboland ― BZF Leader 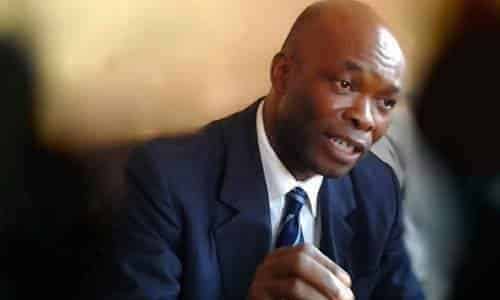 The leader of the Biafra Zionists Federation, Benjamin Onwuka, who was released from prison detention on Thursday, has issued a fresh threat that elections will not hold in 2019 in Igboland.
The leader of the BZF spoke with newsmen in Enugu a day after he was released from prison.
Onwuka said he would on August 20, 2018 take over Enugu State Government House, where he will announce Biafra Independence as president of Biafra.
He said nothing would stop him from “seizing Enugu Government House on that day as President of Biafra as Enugu remains the capital of Biafra land.”
He said: “We will return back to Enugu Government House on August 20.
“The Nigerian Government has 31 days to run and wound up.
“Enugu is the capital of Biafra.
“The Enugu Government House is the property of Biafra.
“It does not belong to Ifeanyi Ugwuanyi.
“It does not belong to Muhammadu Buhari and also does not belong to Nigeria.
“I will seize the place on that day and the Israeli forces will be backing us on that day and we are inviting all Biafrans, students, Middle Belt, South South and South West to come out and receive their freedom on that day.”
Onwuka was arrested on May 30 alongside 32 members of his group in front of Enugu State Government Gouse where they had gone to declare Biafra Independence.
They were discharged and acquitted by a Magistrate Court in Enugu on Thursday.
He said they were charged with treasonable felony after their arrest, adding that the United States of America ordered their release from prison last month.
He said the order was however not carried out until Thursday night.
Onwuka said: “The Magistrate who had earlier declined jurisdiction on the matter and sent us to prison, suddenly pronounced us discharged and acquitted.
“We simply walked out of prison and we thank the President of the United States of America, Donald Trump, who issued the order.
“Nobody believed we will return from prison.
“We went in and we have come out.
“They can’t do anything and we are going to show that we have the power of Israeli behind us.
“The implication of that order is that we have defeated Nigeria.
“They can no longer shoot at us.
“That order has reinforced the struggle and Biafra has gained momentum as South East, South South and Middle Belt are now asking for it.”
Onwuka announced a ban on all political activities in Biafraland, stressing that elections won’t hold on Biafra territories in 2019.
He listed the areas where there would not be an election in 2019 to include the South East, South South, Western region, Bakassi Peninsula and Middle Belt.
He said they are part of the Biafra territory.
Onwuka added, however, that the Nigerian Government was free to conduct elections in 10 northern states of Kebbi, Sokoto, Katsina, Jigawa, Kano, Bauchi, Gombe, Borno and Yobe States.