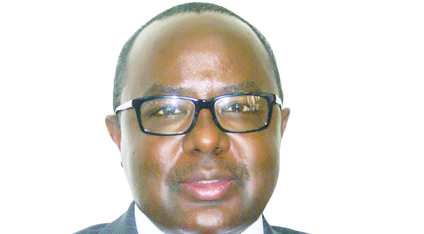 The Securities and Exchange Commission on Wednesday said the nation’s first sovereign “Sukuk” would be issued in May 2016, barring any unforeseen circumstances.
Sukuk is an Islamic financial certificate.
It is similar to a bond in Western finance.
However, this complies with Sharia, the Islamic religious law.
Mounir Gwarzo, the Director-General of SEC, confirmed the development to the News Agency of Nigeria in Lagos.
Gwarzo said the commission was working with the Debt Management Office to ensure issuance of the bond in the next three to four months.
He said the commission would support DMO in capacity building to ensure successful issuance of the bond.
Gwarzo said the slide in crude oil price and drop in revenue generation made it imperative for government to source for alternative sources of capital to finance infrastructure development.
“The need for alternative sources of capital to finance infrastructure becomes increasingly more compelling with fragility of growth from major emerging markets,” Gwarzo said.
He said the country would attract significant amounts of affordable capital from the Gulf countries and other established world issuing a sovereign sukuk.
According to him, SEC and DMO will collaborate on ways to address the country’s investment needs.
The director-general said SEC would equally enable nominated staff of DMO to participate at the Capital Market Committee sub-committee on non-interest products to deepen their capacity.
He added that the sovereign sukuk, when issued, would send the much needed positive message to the market amid the negative investor sentiment that currently persists.
Gwarzo predicted that Nigeria’s maiden sovereign sukuk would be oversubscribed with enhanced participation of domestic and foreign investors.
NAN reports that when SEC released the rules on sukuk issuance in 2013, the Osun State Government took advantage of the robust regulatory framework to issue the nation’s first sukuk in which it raised N11.4 billion.
NAN.