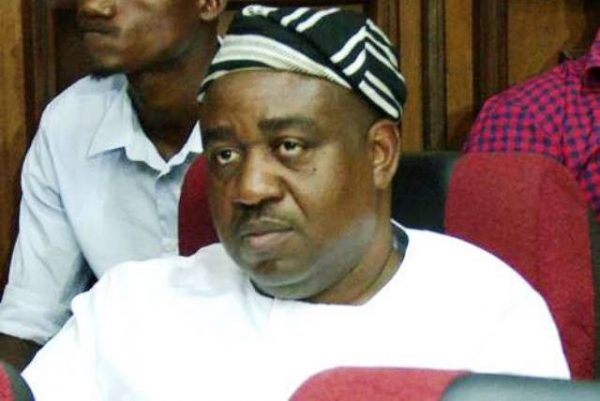 An Economic and Financial Crimes Commission’s star witness on Friday alleged that Gabriel Suswam, former Governor of Benue State, transferred N3.1 billion into his account.
Abubakar Umar, an Abuja-based Bureau De Change Operator, told Justice Okon Abang at the Federal High Court, Abuja that the money was transferred through a company, Elixir Investment, in bits into his company, Fanffash Resources, with account domiciled at Zenith Bank.
The News Agency of Nigeria reports that Suswam and the then Commissioner for Finance in his administration, Omadachi Oklobia, are being prosecuted before the court on N3.1 billion money laundering charges.
They were accused by the EFCC of diverting the money which was said to be part of the proceeds of the sale of some shares of Benue State in a company.
Senator Suswam, a former Governor of Benue State, presently represents Benue North-East Senatorial District.
The trial is still ongoing before Justice Abang.

Buhari directs Army to join Police in flushing out bandits