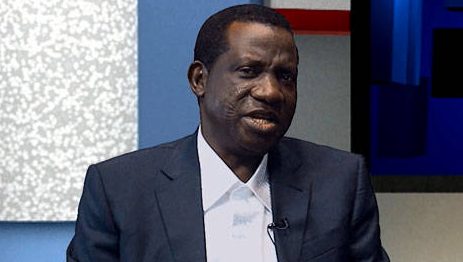 President Muhammadu Buhari on Thursday in Abuja met behind closed door with some governors from the North West and North Central states suffering from the menace of banditry, kidnapping and other violent crimes.

The governors present were Aminu Tambuwal of Sokoto, Atiku Bagudu of Kebbi, Bello Matawale of Zamfara, Nasiru El-Rufai of Kaduna, Simon Lalong of Plateau, Sani Bello of Niger and Abdullahi Sule of Nasarawa.

Lalong, who spoke to State House correspondents on behalf of his colleagues at the end of the meeting, said they deliberated on the issue of insecurity in their respective states.

He said: “The meeting is in respect of some of the common features of insecurity that we have within our states.

“You will recall that in many of the states some of the cases of the insecurity are very similar.

“So, within us here we have a lot of them that are similar.

“We put them together to see how we can address those issues and we felt that we must also meet Mr. President about it.”

The governor assured Nigerians that there would be light at the end of the tunnel as the President pledged to find a lasting solution to the security challenges across the country.

The News Agency of Nigeria reports that some states across the northern part of the country have been battling with security challenges like banditry, kidnapping as well as farmer/herder clashes, among others.