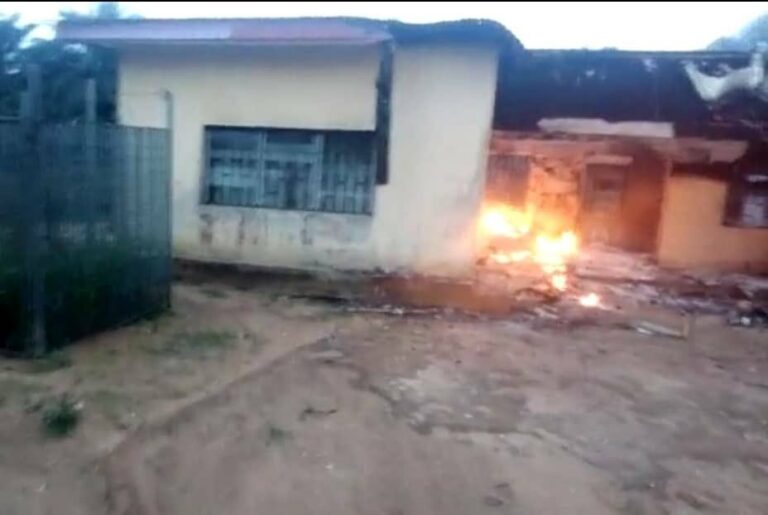 The Abia State Police Command says it has commenced full investigation into Sunday’s fire at the Ohafia office of the Independent National Electoral Commission.

The Police Public Relations Officer in the state, SP Godfrey Ogbonna, told the News Agency of Nigeria in Umuahia on Monday that available information showed that the attack was carried out by miscreants.

Ogbonna said the assailants attacked the facility at about 10pm on Sunday.

He said: “The people in the neighbourhood said the attack was carried out by unknown miscreants.

“There was no casualty because security men guarding the office ran into the 14 Army Brigade barracks for safety when the attackers arrived at the place.”

The PPRO said the miscreants were however repelled through the combined efforts of the police and army.

NAN learnt that the attackers razed down the office building together with the electronic gadgets, official documents and office furniture.

NAN reports that Festus Okoye, INEC National Commissioner and Chairman, Information and Voter Education Committee, in a statement on Monday in Abuja stated that the burnt facility was recently renovated.

Okoye stated that the commission would convene an emergency meeting of the Inter-Agency Consultative Committee on Election Security to discuss the attacks on its offices in some parts of the country.