Weaponising banditry: Of irresponsibility and insensitivity, by Femi Akintunde-Johnson 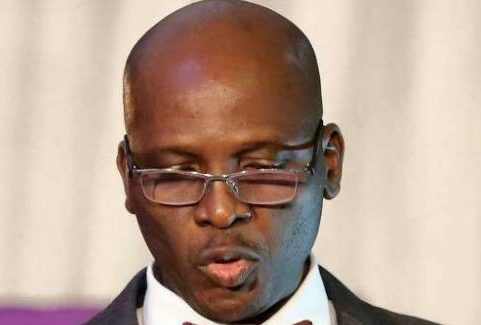 Last week’s edition of this column provoked some interest, presumably because of the gravity of the situation, and the seeming confusion of our security managers on the best methods in dealing with acts of banditry. In a media advocacy group, a senior colleague advised a younger associate who believed, on reading a media-specific extract from the piece, that the government should be blamed for most of the malfeasance. The ‘senior man’ admonished him to read the full article, and see that ‘blames’ went round different areas of our national lives. I chuckled in silence as I would rather those pointers were seen as ‘candid observations’, especially after we had laid the foundation in an earlier article (‘How We Weaponise Banditry’).

In this third part, we hope to close this ‘observatory tower’ with few pointers that show actions and practices that invariably add to the emulsifying agents producing and promoting banditry and other criminal activities in Nigeria. Then, in the next and final part, set forth a slew of suggestions – as if the appropriate authorities do not know the proper things to do – that may galvanise our redemption, and possibly save the beleaguered citizens of this country from needless terror amidst the deadly antics of coronavirus, the natural painful consequences of a primitive political culture, and dire economic conditions.

One of the chief contributors to insecurity is our ongoing dance with madness of tribal politics. In situations where criminality and illegality have been identified, our security forces are stymied by the obnoxious need to check up the chain of command if they should do the rightful thing: collate information, prevent perpetration, investigate allegations, arrest perpetrators, persecute according to available facts and confessions. But we play politics with disaster, and later wring our fingers wondering why God has been very indifferent to our plight. Political leaders with one eye on block voting and future campaigns, subvert the course of justice, and permit chronic sociopaths to walk into the forests, swaggering with bloodied pride at their invincibility, ostensibly because they are from one tribe or the other. And you wonder why criminals are so brazen, daring, and are multiplying faster than cockroaches in an abandoned whorehouse.

We are a large country with borders with a handful of other countries roundabout. But there are many countries larger than us, more populous than us, and even with more fractious cleavages and turbulent histories…yet, they identify the sanctity of their sovereignty, and keep a very keen eye on their borders. Let’s put it in context: China is bordered by 14 countries of diverse sizes, cultures and political persuasions, including: Afghanistan, India, North Korea, Pakistan, Russia, Tajikistan, and Vietnam. The huge Asian country also shares maritime borders with Indonesia, Japan, South Korea, Malaysia, among others.

As for us, you will not be surprised to hear that our borders are some of the most porous in the world. Pastoralists, nomadic robbers, pirates, smugglers, and all sorts of vermin crawl across our borders without requisite documentation; complete their sundry businesses, and disappear into thin air. And we continue to gnash our teeth; and you wonder why banditry continues to loom and doom.

For every confiscation of a truck laden with innocent looking goods, but in fact concealing dangerous weapons, or some other evil contrabands, you have to live with the urgent fear that a dozen other trucks have escaped the attention of our security forces. Then, you wonder why light weapons and other instruments of destruction find easy access into our urban centres, and hinterlands.

We have been told, and it is easy to accept, that much of the banditry, cattle rustling, and forest based kidnappings ravaging us are perpetrated by foreigners. The level of bestiality and savagery lends itself to the belief that these accursed individuals harbour some sort of virulent disdain, searing hatred and unimaginable cold-bloodedness towards their Nigerian victims.

Yet, time and time again, the vermin get away with their villainy…because the signals from above betray a level of docility and puerile hand-wringing that tells the criminals “it’s time to parry”! But the body language of powers-that-be reads both ways, with different interpretations. To the citizens who have been touched by the devil’s fork wielded by these violent gangs, the government can never be a dependable partner in keeping them safe, protected, and well. One of the reasons people like Sunday Igboho and Nnamdi Kanu found resonance with a large number of their peoples: especially the young, the violated and the incensed.

However, to the criminals born or bred in a favoured section of the country, negotiations and recriminations are sufficient, and officially recommended. Amnesty and psychological intimidation are proven counter-measures to posturings of headstrong political leaders. Did you watch a viral video where a notorious Zamfara bandit was boasting how he killed some Nigerian and Nigerien soldiers, and his audience were laughing at his bombast – including a police officer?! (See online Punch newspaper of June 27, 2021 – it ran shamelessly for almost five minutes). Does any factor weaponise the bandits more pungently and ingloriously than such official irresponsibility, insensitivity, and plain cowardice?

All the noise about ‘Yoruba Nation’

Weeks ago, I suggested to some friends that if the ‘Yoruba Nation’ fails to materialise, it’s not because the vision is wrong or wooly-headed, but some of the strategies and posturings of the main campaigners were destined to detract and stigmatise the vision!

My open-letter counsel: Sit down with other kinsmen and women, of differing political and religious persuasions, who are not less ethnic than you; spread a well articulated message and agenda, and let your goals and vision be crystal clear; develop incremental approaches and multi-level interfaces with other significant nationalities and political institutions; mobilise across political party lines, and sub-ethnic divisions; avoid indiscriminate abuses and curses on perceived opposers and those you consider are lukewarm to your cause; stop yelling your disaffection with monarchs and vested interests, and quit threatening mayhem against your unsupportive kins, and others who do not speak your language nor have sympathies for your dream nation, in public arenas. Stop anything suggestive of grandstanding, and bereft of rigorous thinking and planning.

The injustices and brutalities in this vast country are there for all to see and feel; they are alarmingly recurring and are quite troubling to any sane minds; the seeming complicity, obvious insensitivity and perceived rigidity of current power-wielders are daily becoming evident and unambiguous. Yes, all that may be true, and even more so, we must nonetheless seek to reduce the tension (allow those gifted in diplomacy and peacekeeping to lead that aspect); we must protect our people (you know how to disarm and dismiss irritants and criminals without using arms – ask the people of Oke-Owa, in Ondo State); develop a thick skin to doubters and mockers (somewhere ahead you may need even today’s enemies to join forces with you against clay-footed Goliaths); develop multi-level blocs of engagements with different layers of constitutional institutions (no country exists or restructures without some form of institutional framework and support).

Let your people dredge more surefooted strategies and approaches – and let the ‘warriors’ calm down, and receive wise counsels: if a struggle is for a righteous cause, the destination is a fait accompli. Don’t destroy the China shop in the hope of building a new shop somewhere else later… only God knows tomorrow, and the baggage therein. As your people would say: many ways lead to a market. So re-strategize, dialogue, and mobilise. Change is inevitable.