“We asked God for a new heart, and He delivered a new heart,” Ezinne Kufre-Ekanem discusses her husband’s miraculous recovery from two strokes #WithChude 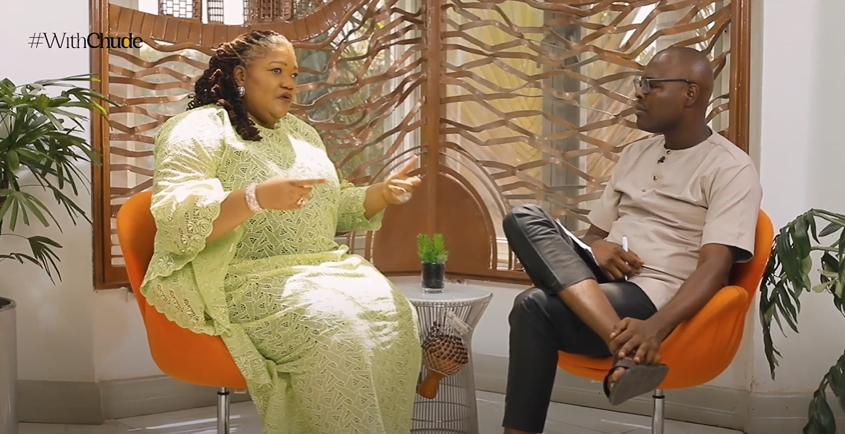 On this week’s episode of #WithChude, CEO of Rosemary’s Soft Furnishing Company, Mrs. Ezinne Kufre-Ekanem, opens up on her husband’s miraculous recovery from two severe strokes and a COVID infection.

Speaking about where it all began, Mrs. Kufre-Ekanem said that the first stroke happened at the beginning of the first two-week lockdown.

Recounting this experience, she stated that her husband went into the bathroom to ease himself quickly, but everything went suspiciously quiet after he got there.

The hours following that moment were nerve-wracking for Mrs. Kufre-Ekanem. She revealed that she dragged her husband back to the room and began trying to get an ambulance to come to her aid.

Despite getting across to an ambulance service reasonably early, she had to wait for four hours before the paramedics got to her home.

Upon getting to the hospital, she was told that her husband had a blood clot in his brain. This had affected his ability to speak and mobility in his right side. The hospital staff started her husband’s treatment in earnest, and the road to recovery looked rather promising.

However, treatment had to be cut short as someone in the hospital had come down with COVID.

This early discharge caused her to take on the primary care of her husband, which went well. However, a few weeks to her husband being fully recovered, the second stroke happened, and this time it was much worse.

Refusing to accept this condition, Mrs. Kufre-Ekanem revealed that she viewed the second occurrence as war.

Mrs. Kufre-Ekanem revealed that throughout this period, from the two strokes to the subsequent COVID infection that came during the spell of the second stroke, her faith in God kept her anchored.

Today, her husband is well with medical reports stating that there are no signs of heart failure with his heart.

In Mrs. Kufre-Ekanem’s words, “we asked God for a new heart and He delivered.”