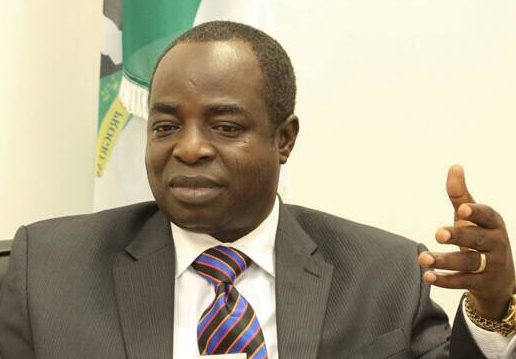 An alumnus of the University of Lagos and human rights lawyer, Hon. Kayode Oladele, has commended the decision of President Muhammadu Buhari to constitute a Visitation Panel to look into the crisis in the University.

Oladele spoke with The Eagle Online after the Federal Government told the Chairman of the Governing Council, Dr. Wale Babalakin, and the suspended Vice Chancellor of the institution, Prof. Oluwatoyin Ogundipe, to recuse themselves from duties until the Visitation Panel set up by President Buhari concludes its investigation.

Hon. Oladele stated that he is happy that the President as a Visitor to the University has finally intervened in the matter, which has almost brought the international image of the ivory tower into disrepute.

In his view, it was unfortunate that people would allow their personal differences and conflict of interest to adversely affect their official duties and relationships with one another.

He said: “The crisis is like a melodrama characterised by individual differences versus personal allegiance, loyalties and conflict of interest, all of which appear to carry more  weight in the minds of the characters involved than their official or primary interests.

“It has pitched the Senate against the Council, created a hostile work environment and condemnable toxic relationship, also characterised by self-centredness, control-freak and insecurity, leaving the entire university system to suffer neglect, dysfunction and public embarrassment.

“As an alumnus of the University of Lagos, a renowned federal University and a world class citadel of learning for that matter, I feel personally embarrassed and ashamed by this show of shame.

“That being said, I want to sincerely commend the Visitor, President Muhammadu Buhari, for constituting the Visitation Panel, which I hope will take a critical look into the crisis  and make appropriate recommendations to the President for further action.

“It is, therefore, expedient that the Panel should perform its mandated responsibility unfettered and without fear or favour.”

It could be recalled that President Buhari, as Visitor to the University of Lagos, on Friday constituted a Visitation Panel to look into the crisis in the university.

The President also suspended Babalakin and Ogundipe from office as they are both to recuse themselves from performing their functions in office during the period of the Visitation.

The Senate is to convene urgently and appoint an Acting Vice-Chancellor for the university.

With this decision, the President has sacked the Acting Vice-Chancellor purportedly appointed by the Babalakin-led Council.

The Panel, which is to be inaugurated on Wednesday, is to submit its report within two weeks.