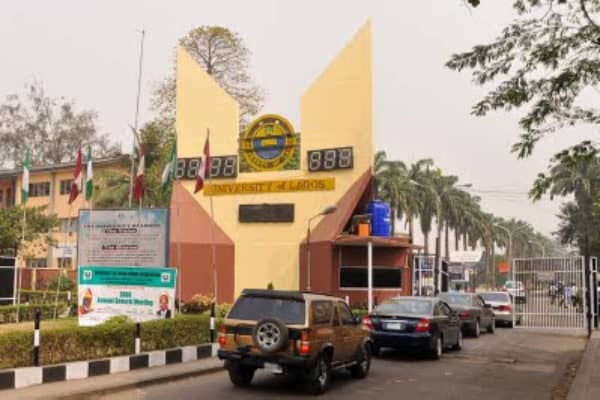 Commercial activities at the University of Lagos has increased as the 26th Nigerian Universities Games takes the centre stage in the institution, reports the News Agency of Nigeria.

NAN checks at the Akoka main campus of the university on Friday in Lagos showed that athletes and officials of public and private universities in the country had arrived in large numbers for the games.

Some of the officials and athletes were seen sorting out issues pertaining to accommodation and logistics at the Games Village.

According to the organisers of the two weeks sporting fiesta, no fewer than 10,000 athletes and officials from 136 universities in the country will be texturing in 17 events.

With the large number of athletes and officials expected at the games, traders, service providers, banks, food courts owners and others who will be involved in other commercial activities are competing for spaces around the village.

NAN reports that the traders and business owners were given permission to erect makeshift kiosks, while some banks also had erected stands to fast-track banking operations to meet the cash needs of participants during the games.

Some of the business activities visible around the village are sellers of provisions, watches, sport wears, jewellery and shoes.

Others are retailers of telecommunications equipment and accessories and sim cards, men and women wears, electronics, confectioners and food vendors and photographers.

One of the traders, Anthony Ogbutim from Abia State, said he was expecting to make bumper sales at the event.

Ogbutim said: “Every big thing starts in a small way.

“I have seen a prospect here that I will have good sales.

“Those that arrived earlier for the games have been coming to my stand.

“It is a two weeks sporting event and we just got an approval for our stand from the organising committee today, which is our first day.

“So, we are hopeful of better sales given the number of people we are expecting.

“Some have been patronising us being the first day.

“And as the games get underway, especially on Saturday, which is the opening ceremony, more people will be here.

“I deal in cloths, watches, electronics such as rechargeable batteries, flashlights among others.”

The Managing Director, Upright Global Resources, Chukwuma Onyekachi, confirmed that the patronage at the market had been encouraging.

Onyekachi said: “I sell shoes and sports wears and I have been having good patronage; some guys from one of the northern universities just came here to buy some pairs of trainers.

“I am selling at affordable prices to the athletes and the shoes are of good qualities as well.”

For Kalu Amar, who trades in kaftan and senator wears, his targets would mainly be officials who might not be able to bring all the cloths needed for the two weeks sporting fiesta.

Amar said: “I am selling senator and ‘kaftan’ wears at affordable prices to the officials.

“Most of them already know me and they have been stopping over to see my wares.

“I specifically ordered new consignment for this event, in anticipation of better sales.

“Hopefully, things will get better as the games start officially after the opening ceremony.”

A food court owner, Olabisi Adesina, stated that she had to increase her stock to meet the demands.

Adesina said: “To cater for this large numbers, then we need to increase the portion of food items we have been cooking.

“Sales have been good because many don’t have such luxury of time to be cooking for themselves.

“So, we have to meet their needs by doing extra.

“Our food court is strategically located for easy accessibility by the athletes and their officials.

“So, the sales has been good all together.”