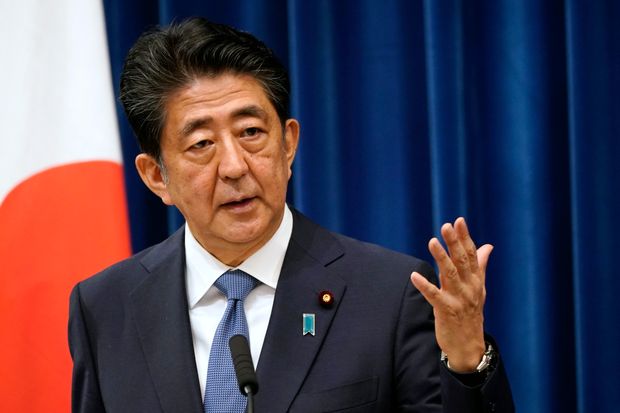 Abe, who announced his resignation on Friday, had been all but synonymous with Tokyo 2020.Olyence from the pandemic.

“I believe that overcoming that and hosting the Tokyo Olympics would of course become Abe’s legacy,” Muto added.

Pre-pandemic association with the Games had not been entirely positive for Abe.

He scrapped the National Stadium design in 2015 after a public outcry over increased building costs, but the Games were still forecast to run up a bill of $12.6 billion.

The man, who celebrated with Abe at the announcement that Tokyo would host the Games, former Japanese Olympic Committee President Tsunekazu Takeda, is now under investigation in France.

The investigation is over suspected corruption related to the bid.

Since the postponement, support in Japan for the Olympics had plummeted.

One poll by Kyodo News in July found that less than a quarter of respondents wanted to hold the Games as scheduled next year.

David Leheny, a political scientist at Waseda University, believes the pandemic might allow Abe to retain his close association with the Games.

He added that it would also help him avoid some of the blame if they do not go as planned.

“I do think there will be efforts made to make certain he is a very visible part of the Games,” Leheny said.

“I think certainly he will be remembered for it, whether the Games go on or not.