Tension in Ekiti community over plan to uproot sacred tree 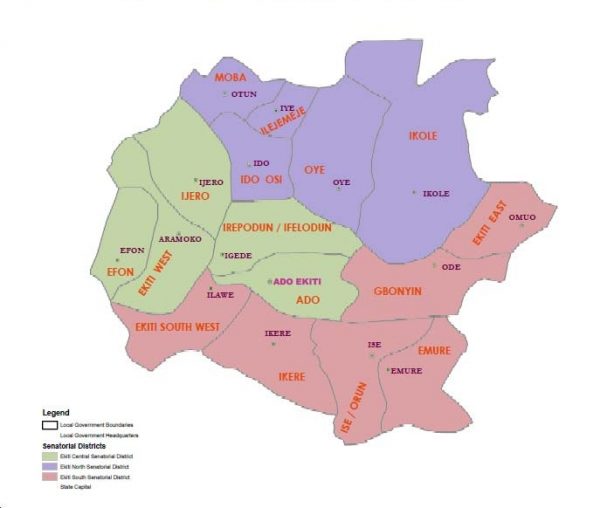 There was tension in Ikere-Ekiti, headquarters of Ikere Local Government Area of Ekiti State, on Tuesday over the move by a contractor handling a road dualisation project to uproot a tree considered sacred by the community.
The News Agency of Nigeria reports that the sacred tree is located in a historical site in the heart of the community.
An attempt on Monday by the contractor handling the project to uproot the tree was disrupted by the youths and traditional religion worshippers who invaded the scene.
NAN reports that some irate youths held up traffic and lit bonfires at Odo-Oja area of the town.
The protesting indigenes claimed that the historical site known locally as “Ereja” was the source of Ikere Ekiti, and uprooting the tree would result in dire consequences for the community.
They also claimed that the site of the tree was host to the annual Olosunta festival.
Governor Ayo Fayose, who visited the scene appealed for calm, saying he would ensure that the traditional ruler of the community and Olukere of Ikere, Oba Ganiyu Obasoyin, were sensitised on the need for the road dualisation project.
NAN reports that residents had earlier in the day placed fetish objects made with a goat and pigeon at the site while palm fronds were also tied around the shrine to scare away agents of the contractors.
Some of them also formed a human shield round the shrine in a bid to frustrate any plan to demolish the site and uproot the tree.
Addressing reporters at his palace, Oba Obasoyin who is the custodian of traditional sites in the town, said “cutting down the sacred tree and demolishing the Ereja was akin to passing a death sentence on him”.
Present at the briefing were: the Alare of Are-Ikere, Chief Oguntuase Atitebi and the Elejoka of Ikuomoba-Ikere, Chief Benjamin Owolade.
Obasoyin said: “It is when a king dies that the branches of the tree are cut off and I went to meet the governor that he should not pass a death sentence on me.
“The only way forward is that government should see reason with the people of Ikere and respect the people’s cultural heritage.”