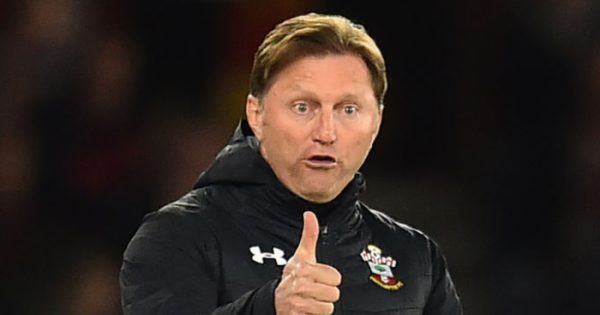 Southampton have announced that they have parted company with head coach Ralph Hasenhuttl after nearly four years in charge at the club.

Speculation over the 55-year-old’s future emerged on Sunday afternoon following the Saints’ 4-1 home defeat to Newcastle United in the Premier League – their eighth top-flight loss of the season – with one report suggesting that an announcement to relieve him of his duties could be made in the next few days.

Southampton have now confirmed on Monday  that Hasenhuttl has left the club with immediate effect, and the Austrian leaves the South coast club sitting in the relegation zone with just 12 points from 14 games.

“Hasenhuttl, who was appointed in December 2018, departs having made a significant contribution to the club, overseeing some memorable results and also playing a key role in the development of our club infrastructure, identity and playing squad. However, we now believe it is an appropriate time to make a change.

“Everyone involved with the club would like to express their sincere thanks to Ralph for all of his efforts, as well as the unwavering commitment he has shown throughout his time as manager.

“First Team Lead Coach Ruben Selles will take charge of the side on an interim basis for our game on Wednesday night. The club will be announcing a permanent replacement in due course.”

Southampton, who were booed by their own fans after Sunday’s defeat against Newcastle, have won only one of their last nine Premier League matches, conceding 14 goals and keeping only one clean sheet in the process.

Hasenhuttl was the Premier League’s fourth-longest serving manager, but he has now become the fifth top-flight boss to lose his job this season after Scott Parker, Thomas Tuchel, Bruno Lage and Steven Gerrard.

The Austrian, who admitted earlier this year that he would consider retirement from coaching after his spell in charge at Southampton, won 60, drew 38 and lost 75 of his 173 games in charge of the Saints.