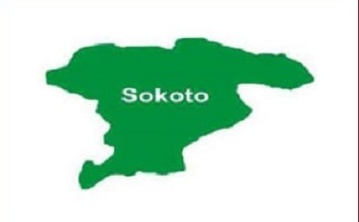 A committee set up by the Sokoto State Government to verify the actual number of students entitled to its scholarship says it has uncovered 706 “ghost” students.
Its Chairman, Shehu Wurno, announced this on Tuesday in Sokoto, when he presented the committee’s report to Governor Aminu Tambuwal.
Wurno said that the committee visited 40 tertiary institutions within and outside the country where it verified and confirmed 14,532 students as qualified for the scholarship.
He said: “We have also confirmed that N544, 613,724 is the total cost of students registration for the year 2016/2017 academic session, while N143, 560,855 is the allowances to the verified students.
“We have also verified and confirmed that N688, 174,579 is the actual amount owed as students registration and allowances for the current 2016/2017 session.”
Tambuwal, who thanked the committee for its efforts, restated his administration’s resolve to give top priority to the education sector.
Tambuwal said: “To boost funding for the sector, we have introduced an education levy where civil servants and political office holders are being taxed to complement other sources of funding.
“We have so far realised N260 million from that levy. We hope to liaise with the state consultative committee on revitalisation of education, headed by Sultan Muhammad Sa’ad, to intensify our work in the education sector.”
The governor assured the committee that its   recommendations would be implemented, and declared that no investment would be too much for the education sector.
He appealed to critics to always cross check their facts before going public, adding that proper checks and balances had been put in place to ensure transparency in the handling of public funds.