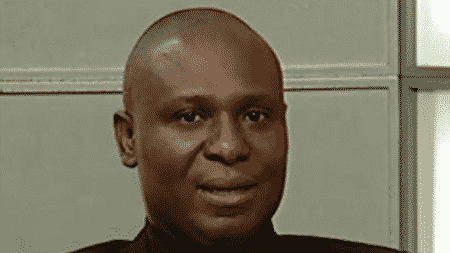 The Save Nigeria Group has given the Presidency a 74-hour ultimatum to furnish it with information on the health status of President Muhammadu Buhari.
There has been controversy over the health of Buhari, who has been away from the country since January 19.
While the Presidency is insisting Buhari is in good shape and just holidaying in the UK while awaiting the results of a series of tests, several Nigerians have expressed concern over his health.
In a letter to the Attorney General of the Federation and Minister of Justice, Abubakar Malami, the SNG said it was high time the Presidency reduces the tension in the country by speaking up on Buhari with facts and figures.
In the letter, dated February 7 and titled: “Request for Information on President Muhammadu Buhari’s Health Status,” the SNG threatened to take all other necessary legitimate and legal steps should the authorities ignore the request.
The letter was signed by the National Coordinator of the SNG, Benedict Ezeagu.
It said: “This ugly development, including denial, conditional admission and restriction of access to President Buhari and the true information on his health status is reminiscence of the late President Yar’Adua’s incident which the organisation was at the forefront of its peaceful resolution, adding that this is not good for Nigeria at this critical period of economic downturn, nationwide insecurity, and political strife.
“As you may know, the lack of clearness in handling the ‘vacation’ turned ‘medical trip’ of Mr. President has heightened the rumours and speculations about his health, the most frightening of which is that President Muhammadu Buhari had passed on or he has been in coma or on life-supporting machine, and thus increasing the political tension in the country.
“Since Mr. President is not a private citizen but a public servant whose health bills are currently being paid from the country’s treasury, Nigerians deserves the right to know the true state of his health as obtainable in enlightened republics.
“In the light of the foregoing Sir, while we join other Nigerians to pray for Mr. President in line with the request of the Presidency, we hereby demand for full information on the health status of President Muhammadu Buhari in exercise of the rights granted us by section 39 of the Constitution of the Federal Republic of Nigeria as amended, the freedom of information Act and Article 9 of African charter on Human and people’s rights, as this will help dispel these rumours and speculations and reduce the current political tension in the country.
“Please sir, take notice that if we are not availed of the requested information within 74 hours of your receipt of this letter, we will have no alternative than to take all other necessary legitimate and legal steps, including approaching the National Assembly to activate relevant sections of the Constitution with regard to the health of a Nigerian president as well as institute court actions and organise peaceful protests among others, to ensure that we are availed of these rights guaranteed Nigerians by the laws.”