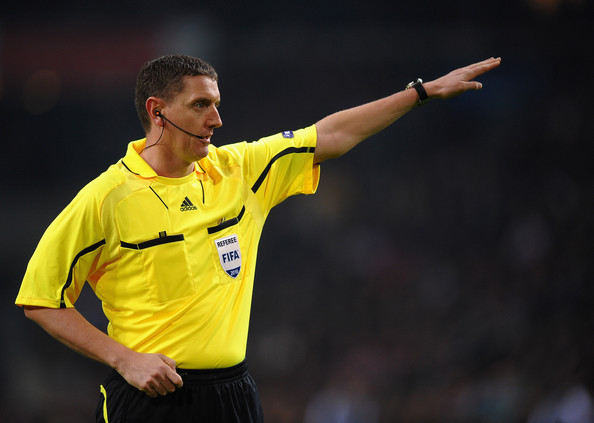 Scottish referee, Craig Thomson, along his compatriots, Derek Rose and Alan Mulvanny, have been picked by FIFA as officials for the FIFA U-17 World Cup UAE 2013 final match between Nigeria and Mexico at the Mohammed Bin Zayed Stadium in Abu Dhabi, United Arab Emirates.
Thomson has been a match official since 1988 and has officiated in the Scottish Premier League since 2002.
The fourth official is Nobert Hauata from Tahiti while Mark Rule of New Zealand would be the Reserve Assistant Referee.
Golden Eaglets, in the meantime, would don the white jerseys while the El Tri would be on green.
The match will kick off at 8pm local time (5pm Nigerian time)