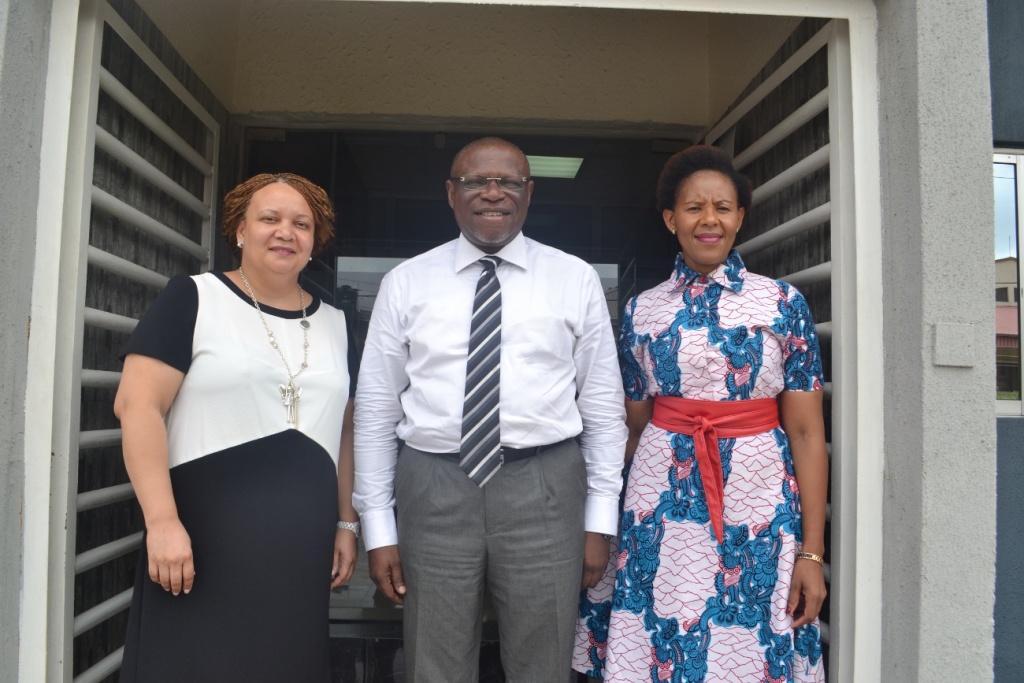 The Public Relations Consultants Association of Nigeria has committed itself to collaborating with Brand South Africa in enhancing the relationship between both leading African countries.
In this light, PRCAN will work towards participating actively in the Brand Summit scheduled to hold in South Africa later in the year.
The President of PRCAN, John Ehiguese, who led his team to receive a delegation from Brand South Africa in Lagos, said there were learnings that Nigeria could draw from the strategies deployed by Brand South Africa in its own destination branding programme.
According to Ehiguese, there were salient opportunities for Nigeria to consider arising from the successful nation branding of South Africa.
He said: “We suffer from a negative perception externally.
“The image of Nigeria out there is not what it should be.
“It is not that Nigeria is as bad as it is often portrayed, but that is the perception generally.
“We think that there is an urgent imperative to do for Nigeria what Brand South Africa did for South Africa.”
The PRCAN president recalled that the relationship between the Association and Brand South Africa began about two years ago when the then Chief Marketing Officer of Brand South Africa, Wendy Tlou, delivered the second PRCAN Gold Medal Lecture in Lagos.
Ehiguese said PRCAN was quite glad that even with a change of guard at the marketing arm of Brand South Africa, the conviviality between both organisations continued.
He said: “We will be glad to partner with you in any area that will enhance the relationship between both our countries.”
He told the delegation that PRCAN was committed to outreach programmes locally and internationally, explaining that the association had entered into partnership with the African Public Relations Association to organise the 2016 APRA Conference in Calabar, Cross River State next month.
Ehiguese said being a member of the International Communications Consultancy Organisation, PRCAN had invited Maxim Behar, the ICCO President, as lead speaker on the Consultancy Day of the 2016 APRA Conference.
Linda Magapatona-Sangaret, the Chief Marketing Officer of Brand South Africa, said her team was delighted to be in Nigeria and would explore immense partnership opportunities with PRCAN.
Magapatona-Sangaret invited PRCAN to get ready to be part of the proposed Brand Summit to be held in South Africa later in the year.
Magapatona-Sangaret said Nigeria and South Africa had a lot in common and that the mission of Brand South Africa was to have all of Africa recognise as a quality brand.
“Our biggest asset is our people and our rich culture and we must play to our strength in these and other areas,” Magapatona-Sangaret declared.
In her delegation were Sindiswa Mququ, the General Manager for Africa and Middle East for Brand South Africa, and Tope Ogbeni-Awe of TopComm PR, consultants to Brand South Africa, while the PRCAN team included Muyiwa Akintunde, the Vice President.
PRCAN, the umbrella body of Public Relations consultancy firms operating in Nigeria, has as its primary objective the promotion of professional reputation management in Nigeria in both the public and private sectors.
It is also committed to maintaining professional standards and discipline among members and providing the right environment for the public and private sectors to thrive and meet their PR consultancy needs.
PRCAN is chartered by NIPR Bye Law No 3 of 1993 to cater to the interests of the consultancy side of PR practice in Nigeria.
It currently has a membership of 51 PR firms providing services across at least 21 PR practice areas.