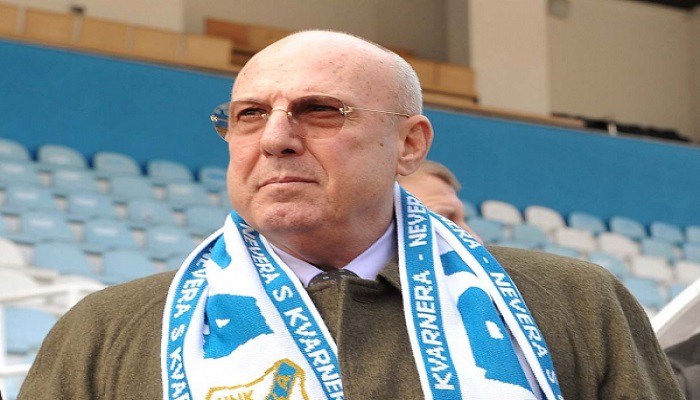 Italian-Nigerian billionaire, Gabrielle Volpi, popularly referred to as the Richest white man in Africa, and a major player in Nigeria’s maritime business, is under investigation in Italy for alleged tax evasion.
The billionaire, who will turn 75 in June, is not the only one being investigated by the Italian Economic and Financial Crimes Police.
Also under the searchlight of the anti-graft agency is Volpi’s associate and popular banker in Italy, Gaimpiero Fiorani.
Volpi and Fiorani have been accused before Judges Francesco Pinto and Marcello Maresca of having returned several millions of Euros to Italy from a huge tax evasion scheme.
The money is suspected to have been derived from real estate transactions carried out using a trust with head offices offshore as a shell corporation.
For this reason, Volpi and Fiorani are being investigated in Genoa, Italy for what has been termed, “self-laundering” and “fictitious assignment of goods”.
Investigators have conducted several raids and documents have been acquired across Italy from Chiavari, Lodi, Legnano, Milan and Bologna.
Several documents have also been seized in the offices of chartered accountants, consultants and employees of Fiorani and Volpi.
Other associates of Volpi have also been targetted for investigation.
So far, searches have been conducted on Andrea Carollo, an International Manager who sits on the Boards of many companies related to Volpi; two Accountants, Giorgio Miro and Stefano Chisoli; and Maurizo Felugo, an independent director of one of the sport companies Volpi allegedly uses as a front.
The Genoa Guardia di Finanza, the Italian financial crime police, is investigating how Volpi, a man said to have become stupendously rich through port concession in Nigeria, succeeded with his alleged large-scale money laundering scheme by which he brings in huge sums of money into Italy from abroad.
In the last few days, men of the Italian economic and financial crimes police from the Lingurian capital have executed a search and seizure order against the suspects.
Forty years ago, Volpi was said to have migrated to Nigeria and managed to set up a logistics company with a turnover estimated to be in the region of over $2 billion.
In addition to Intels, the Nigerian company that owned the recently-terminated concession rights of Nigerian Ports and others in the continent, Volpi is known to own several other businesses in Italy.
He is said to be the second largest shareholder of Banca Carige, the largest bank in Linguria and one of the main banks in Italy, as well as a promoter of a series of multi-million dollar real estate projects in Linguria, all of which are now under investigation.
An Italian with Nigerian citizenship, he is also reported to have invested in sports.
Through a trust under the Dutch law, he controls the football academy, Abuja Football College in Nigeria, Spezia Calcio and Pro Recco, the most successful water polo team in the world.
Fiorani, a former Lodi banker and Volpi’s “right-hand man”, is alleged to have played an important role in what has been termed “a self-laundering operation” designed by Volpi.
While Volpi is being investigated in Genoa, the Italian Port City, in Como, the prosecutors are said to be following the same hypothesis to indict him.
Volpi and his partner are now being investigated for having returned to Italy monies said to be “proceeds of crime”.
An example of this alleged proceeds of crime is the case of Medafrica, an Italian company, which in the 80s left 50 billion of Italian lira of debts and about 200 employees jobless.
This incident only got Volpi a condemnation in a three-year plea bargain without any form of conviction.
Last year, the Nigerian government took steps to break the monopoly of Volpi’s Intels on Nigerian ports.
Intels was until recently the operator of Onne, Warri, Calabar and Lagos port complexes.
Its parent company, Orient Invest, also owns luxury residential estates across Nigeria, including the Eko Energy Estate domiciled inside the Eko Atlantic City.
As the concessionaire of the Onne Free Trade Zone, Volpi’s Intels was exempted from the payment of all taxes, levies and rates by the former President Goodluck Jonathan administration in very controversial circumstances to the disadvantage of other logistics companies operating in the country.
It would also be recalled that Intels kicked against the directive of the management of the Nigerian Port Authority that all revenues collected by it through commercial banks in Nigeria should be directed to the Central Bank of Nigeria in compliance with the government’s Treasury Single Account policy.
Italian investigators are still trying to unravel whether some of the monies made from Nigerian ports over the years Intels held sway were part of the ones said to have been illegally repatriated into the European country by Volpi.