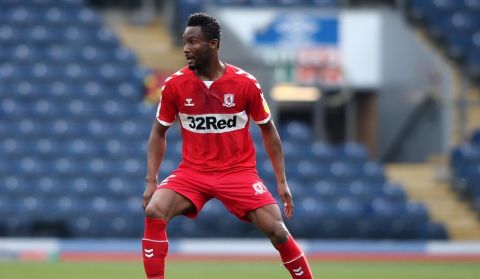 Former Super Eagles’ striker, Yakubu Aiyegbeni, has rated Sunday Oliseh as a better midfielder ahead of John Obi Mikel.
Aiyegbeni made this assertion in a radio phone-in programme on Wednesday.
According to him, Mikel won more laurels at club level, but cannot be compared with Oliseh in all areas of the game.
“No doubt, they are good players and have achieved so much with the national teams and their clubsides. Mikel is ahead in terms of laurels but Oliseh is the better player,” he pointed out.
The South Africa 2010 FIFA World Cup star went ahead to pick Taribo West as the toughest defender he ever played against in the national team.
“Taribo was a no nonsense defender. I was not comfortable playing against him in training or match situation. He will kick you and still won’t say sorry. Taribo’s style of play gave a lot of us confidence. He gave his all for the country,” he said.
Aiyegbeni, however, named Vincent Enyeama, Joseph Yobo, Celestine Babayaro, Chidi Odiah, Taribo West, Sunday Oliseh, Kanu Nwankwo, Finidi George, Tijani Babangida, Austin Okocha and himself, Aiyegbeni, as the best ever Super Eagles XI.