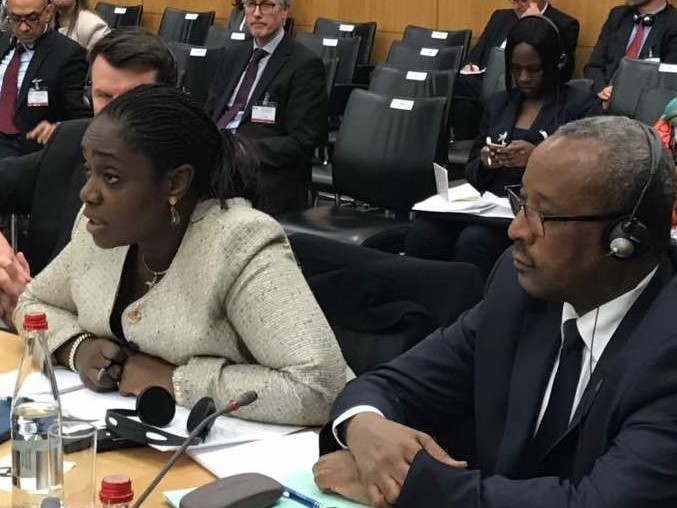 The Federal Government has affirmed its commitment to the global fight against the financing of terrorism.
The Minister of Finance, Kemi Adeosun, gave this pledge at an International Conference against the financing of terrorism in Paris, France.
The Conference, which had as theme; “No money for terror,” was hosted by the French President, Emmanuel Macron, and attended by the Managing Director of the International Monetary Fund, Christine Lagarde; President of the World Bank Group, Jim Kim; US Treasury Secretary, Steven Mnuchin; as well as UK Chancellor, Phillip Hammond.
Adeosun, who represented President Muhammadu Buhari at the Conference, said the country was reinvigorating efforts to tackle the financing of terrorism.
In her address to the conference, the Minister said: “The Nigerian Government is very committed to the fight against terrorism and cutting off funding for terrorists’ activities.
“The Government, in addition to monitoring of the formal channels of finance via the Nigeria Financial Intelligence Unit (NFIU) and other bodies, is also monitoring ‘non-formal cash-based structures’, which can often be used for illicit purposes.”
Adeosun emphasised the need to address the root cause of terrorism and not the symptoms.
She disclosed that the men and officers of the Nigeria Customs Service were working to effectively track physical cash movements and transactions at the various borders, including Niger, Benin Republic and Cameroon.