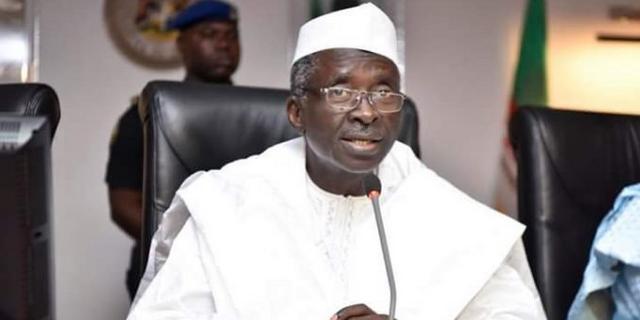 The Nigeria Governors’ Forum Secretariat has commiserated with the Government and people of Kaduna State over the death of their former Deputy Governor, Barnabas Bala.

Abdulrazaque Bello-Barkindo, the Head, Media and Public Affairs, NGF Secretariat, stated this in a statement.

In the statement, issued on Sunday, Bello-Barkindo said the death of Bala got to the forum secretariat as a rude shock.

He said the forum particularly condoled with the Governor of the state, Malam Nasiru el-Rufai, who Bala served diligently during his first term in office between 2015 and 2019 until he resigned to contest in an election for the position of senator.

He said although Bala suffered a prolonged illness, he was a man the NGF secretariat held in very high esteem and wished he had recovered from an illness to continue the good work that he left the office of then deputy governor to pursue.

He said: “Bantex was a good representative of Kaduna state with all its political complications, having led the people of Southern Kaduna in all representative and participatory capacities through the Local Government system and Constitution Review Committees, eventually becoming a deputy governor.

“In the words of el-Rufai, Bantex served his state with all sincerity apart from giving the much-desired hope to the downtrodden in the state.

“Bantex contributed fully to the debates at the NGF whenever he represented el-Rufai during which he displayed full comprehension of all the intricate issues at meetings.

“He would always give the Kaduna State Perspective to debates as if the governor himself were present.”

Bello-Barkindo quoted the NGF Director-General, Asishana Okauru, as saying that the forum would miss Bala’s deep and incisive interventions.

He prayed God to grant the family of the former Deputy Governor the fortitude to bear the “great loss as we all know how much they love him as theirs but also know that God loves him best.”