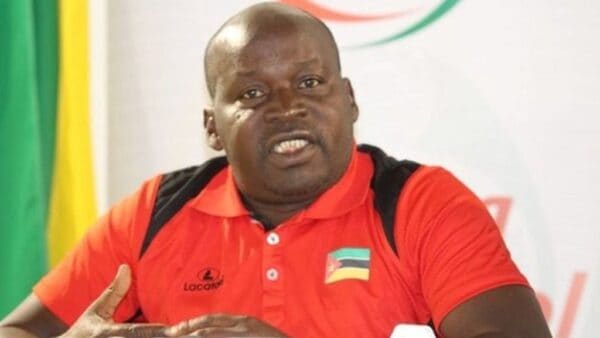 Victor Matine was named as the new coach of Mozambique on Monday, replacing Abel Xavier, who has not had his contract renewed.
It is a belated consequence of Mozambique’s failure to qualify for the Africa Cup of Nations finals in Egypt.
Mozambique conceded a dramatic goal deep into stoppage time in Guinea Bissau in their last qualifier in March, which cost them a top-two place in their group.
Matine, who is a physical education teacher, was an assistant to Abel Xavier and also a former coach of Mozambique’s under-23 and under-20 sides.
He also coached at club level where he helped UP Manica in their maiden Mocambola season in 2018.
Matine, who turned 53 last month, will have former international midfielder Nelinho as his deputy.
Former Liverpool and Everton defender Abel Xavier’s contract was up on June 30 but the decision not to renew it was only announced at a news conference in Maputo by Mozambican Football Federation President Alberto Simango.
Simango just two months ago told a similar news conference that Xavier would stay to ensure the continuity of his work despite the Cup of Nations let-down.
He had a change of heart after Mozambique proved disappointing at the regional Cosafa Cup tournament in neighbouring South Africa at the end of May.
Matine will be straight in action this weekend when the Mambas travel to Antananarivo to take on Madagascar in the African Nations Championship qualifiers.