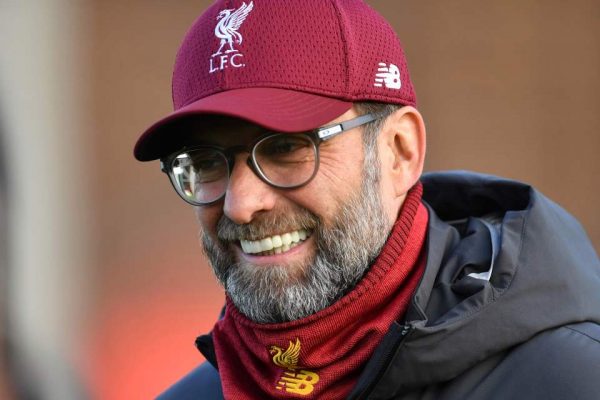 Liverpool moved above Manchester City at the top of the 2021/2022 English Premier League with a 2-0 win over Watford in Saturday’s early kick-off at Anfield.

The Reds knew that victory would see them leapfrog Manchester City, who faced Burnley later in the day.

And that will be for the first time since November 27 – even if only for a matter of hours.

Diogo Jota headed in from a Joe Gomez cross after 22 minutes to open the scoring and substitute Fabinho sealed a battling win with a penalty kick in the final minute.

Liverpool have now won 10 league games in a row ahead of next weekend’s huge showdown with Manchester City, who are two points worse off with their game at Turf Moor to come.

Watford more than held their own in the early stages of the game and would have been in front if not for a good stop from Alisson to deny Juraj Kucka.

That proved a huge save as, a little over 30 seconds later.

Right-back Gomez – filling in for Trent Alexander-Arnold – whipped in a cross for Jota to turn in from four yards.

Jota nearly made it 15 league goals for the season shortly after.

But he was denied by Ben Foster when he had Jordan Henderson screaming out for the pass alongside him.

Watford, in action for the first time in three weeks, continued to cause Liverpool problems as Joao Pedro fired wide in plenty of space once played in by Ismaila Sarr.

Jota saw a couple of headed chances come and go.

Fabinho made certain of the win when thumping in a late penalty kick, awarded for Kucka dragging down Jota in the box.

Liverpool were never at their best but got the job done.

They went on to become the second club, after Manchester City, to record five different runs of 10 or more victories in the Premier League era.

The Reds have kept eight clean sheets during that incredible run and will head to the Etihad Stadium next weekend with wind in their sails.

They have now won 13 of their 14 home league games against Watford, who remain in the relegation zone and are running out of fixtures to drag themselves out of danger.

Before facing Manchester City, Liverpool travel to Benfica for the first leg of their UEFA Champions League quarter-final on Tuesday.

Watford will host Leeds United on their return to league action in a week’s time.