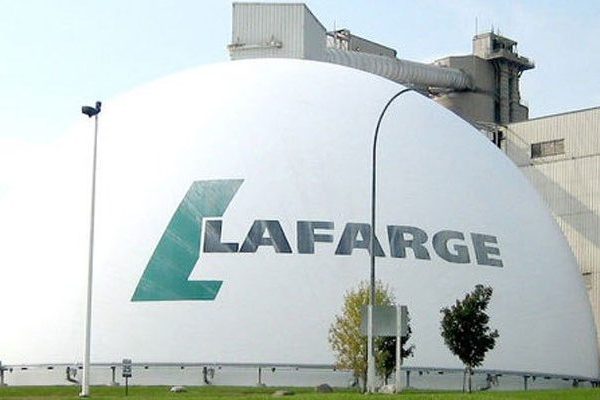 Lafarge Africa has posted net sales of N162 billion in the first half of 2018 and N82 billion in the second quarter.
Michel Puchercos, the Chief Executive Officer of the company, made this known in a statement in Lagos.
Puchercos said that the figure represented an increase of five per cent and 11 per cent respectively, compared to the corresponding period of 2017.
He said that the growth was mainly driven by Nigeria’s strong operational performance.
According to him, the company will continue to deliver strong margins in its Nigerian business as a result of commercial and energy strategies.
Puchercos said the company’s results were still affected by timing of inventory movements and performance in South Africa.
He said: “Lafarge Africa commercial, logistic and industrial operations in Q2 2018 continued to improve strongly despite inflation and foreign exchange impacts.
“We shall continue to deliver on our energy improvement plan, with notable increased use of alternative fuel and coal.
“Our logistics and commercial initiatives, such as improved product visibility and fast tracking of the new route to market also contributed to the strong performance in the second quarter.”
According to him, the South Africa operations are focused on executing its turnaround plans with focus on improvement of margins.
Speaking on the company’s outlook, Puchercos said the cement market in Nigeria remained favourable with positive signs of recovery since March.
He said that the company’s business turnaround actions would continue to deliver in 2018 through energy optimisation, commercial and logistic improvement.
He said: “For South Africa, the economy is expected to grow in 2018. The turnaround plan of the South African operations is focused on cost containment, commercial transformation and industrial stabilisation.
“The overall goal is to create shareholder value by returning the South Africa business to profitability through improved margins.’’
On the company’s debt restructuring, Puchercos said the board had approved the extension of existing shareholder loan and a right Issue of up to N90 billion, subject to all corporate and regulatory approvals.
According to him, the restructuring is aimed at reducing the company’s leverage position as well as to strengthen profitability.