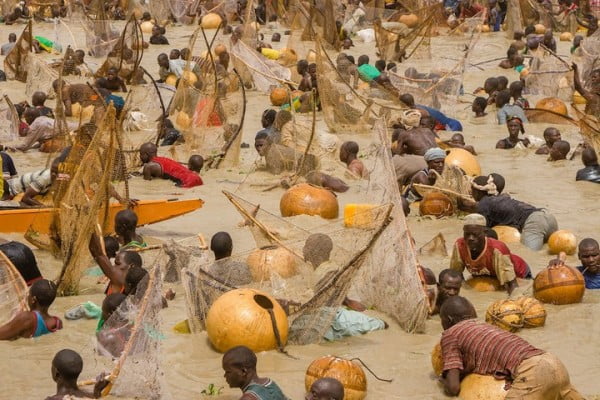 The Kebbi State Government has inaugurated a 16-member committee for the 2020 Argungu International and Cultural Fishing Festival scheduled to hold in March.
The state Deputy Governor, Alhaji Samaila Yombe, while inaugurating the Committee in Birnin Kebbi on Saturday, said the festival could not hold for a long period due to some circumstances.
Yombe said: “The festival used to be held once in a year, but unfortunately for unforeseen circumstances, which we cannot explain, this event could not hold for the past 10 years.
“However, Governor Atiku Bagudu has summoned the courage in making sure that this event takes place this year.”
He urged the members of the committee to remain active to surmount the challenges on ground to ensure the success of the festival.
In his remarks, the former Director-General of the festival, Alhaji Abubakar Ladan, informed the committee that the festival had been self-funded before it was put on hold.
Ladan said: “Before the festival was put on hold, the government had stopped funding it because the festival generated a lot of money to sponsor itself.”
The members of the committee are: the Deputy Governor as Chairman; and Alhaji Yarima Dakingari, Permanent Secretary, state Ministry of Commerce, who is the Acting Secretary.
Others are representatives of Argungu Emirate; Secretary to the State Government, Alhaji Babale Yauri; Speaker of the House of Assembly, Alhaji Abdulmumin Kamba; and Commissioner of Police in the state, Oluyemi Agunbiade.
NAN reports that the festival, which started in 1934 and projected Nigeria to the global tourism map, has not been held for the past 10 years.