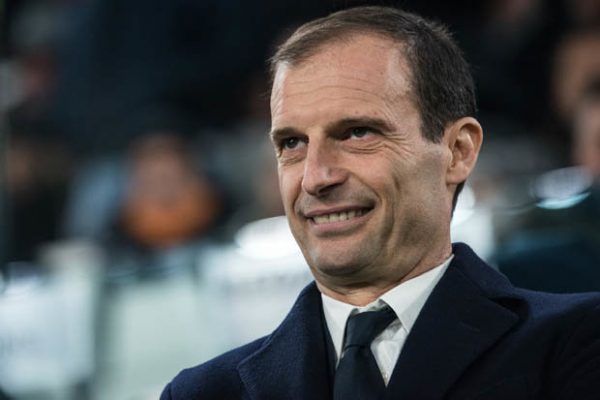 Angry Juventus coach Massimiliano Allegri said it was lucky the final whistle blew in the 1-1 home draw with AC Milan on Sunday because his team could have lost.

Juve took an early 1-0 lead thanks to Alvaro Morata’s strike and looked in control going into the latter stages but they spurned a chance to earn their first Serie A win of the season.

Ante Rebic equalised late in the second half and Milan had chances to win as the Turin side failed to keep a Serie A clean sheet for the first time since early March.

“Luckily, the referee whistled for the end otherwise we could have lost it,” Allegri told reporters.

“Tonight  I’m quite angry. The team played well in the first half, only conceding a long shot to Milan.

“In the end, we even risked losing in spite the fact that until they equalised we were in total control.

“Unfortunately  we lost attention and determination… we have to improve even if the team are to take a step forward.”

Allegri also shouldered some of the blame for a result that leaves Juve languishing in 18th place on two points from four matches after bringing on forwards Moise Kean, Federico Chiesa and Dejan Kulusevski in the second half.

“I will admit that I made mistakes on the substitutions,” Allegri added. “I got it wrong. I should have put more defensive players on and put the 1-0 lead under lock and key. I take responsibility for that.”

Milan coach Stefano Pioli praised his side for coming from behind to take a point, especially given the injury absentees.

“We conceded a goal where we made too many naive mistakes, which allowed Juve to defend deep and counter in the first half,” he told reporters.

“As always, Milan do not lack desire, character, determination and grit, so we continued seeking the victory throughout the match.

“I have always seen my players ready to overcome their limitations.”