JUST IN: Many trapped as three-storey building under construction collapses in Lagos (PHOTOS) 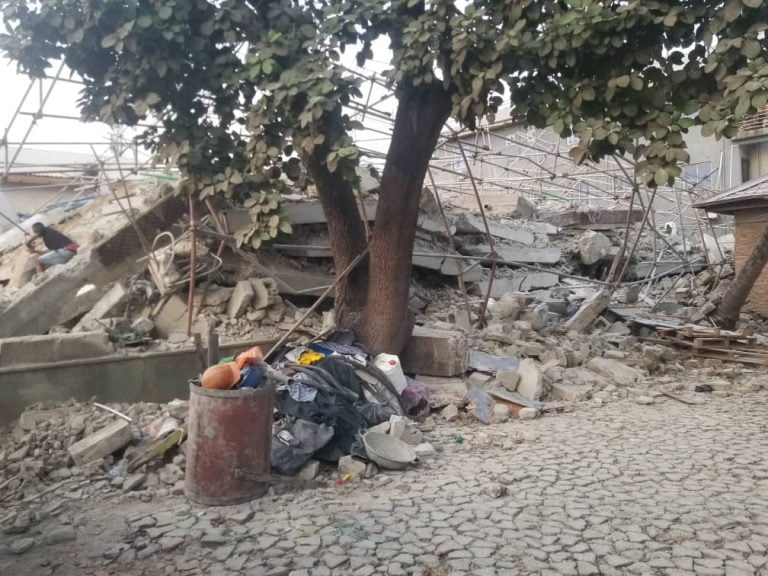 A three-storey building under construction has collapsed in Yaba area of Lagos.

The building, located on Akanbi Crescent, near the main gate of University of Lagos, UNILAG, collapsed unto a building beside it Saturday afternoon.

Further details of the collapsed building were sketchy as at the time of this report.

However, several construction workers are said to be trapped in the rubbles.

So far, only a 16-year-old boy and another adult male have come out of the rubble while there is an unconfirmed number still trapped in the collapsed building.

Femi Osibona, owner of Fourscore Homes, was one of the 43 persons who died in the collapse on November 1, 2021.