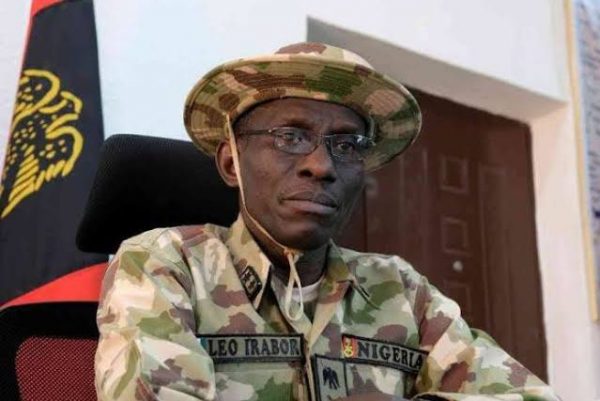 The Chief of Defence Staff, General Lucky Irabor, has explained how a joint security force “captured” the the masterminds of the June 5, 2022 massacre in Owo, Ondo State.

No fewer than 40 worshippers were massacred at the St. Francis Catholic Church, Owo, Ondo State by gunmen.

The incident jolted Nigeria and the global community.

Speaking at a parley with media executives at the Defence Headquarters in Abuja on Tuesday, Irabor said that the terrorists were captured at different locations across the country.

He said that the suspects, majority of whom were arrested in various communities in Kogi State, would be paraded before the public in due course.

He said: “We had wanted to present the suspects to the public immediately, but couldn’t because certain investigations are still being carried out.”

He gave his assurance that in due course, the suspects and others who had been involved in some daring attacks in the past few months would be presented to the public.

Irabor explained how the joint security force “captured” the suspects: “Starting with the Owo church attack, it is my pleasure to let you know that we have arrested those behind that dastardly act.

“On August 7, one Idris Ojo (37) was apprehended at Aiyetorosi in Ondo State.

“He was one of the high-profile Islamic State in West Africa Province members that escaped from Kuje Prison.

“He was arrested along with one Jimoh Ibrahim, a 39-year-old criminal.

“Ojo was not done with all the criminal activities which he undertook in the past.

“He was also planning other deadly attacks and he was perfecting those plans along with his cronies before he was captured.

“Again, on August 4, the military in a combined operation with the Department of State Services arrested four terrorists at Eika in Okehi Local Government Area of Kogi State.

“Now, Omeiza is one of the masterminds of the June 5 Catholic Church attack in Owo as well as the attack on the police station in Adavi also in Kogi State that led to the killing of a policeman as well as weapons being carried away.”

On the Abuja-Kaduna train attack, Irabor said that although some victims had been released, the military and other security agencies remained committed to ensuring safe rescue of the remaining victims in captivity.

He said the military had intensified both air and ground operations to deal with criminals in all parts of the country, adding that several successes had been recorded in recent times.

Irabo disclosed that based on military air operations, the military on August 6, 2022 killed one Alhaji Abdulkareen, a bandits leader along with his fighters in Nigeria’s North West.

“By the deeds of the surgical air operations that we have conducted, many of the bandits’ leaders have been killed,” he added.

The CDS said the essence of the parley was to solicit understanding and support from the media in the fight against the security challenges bedeviling the nation.

Irabor called for greater cooperation between the military and the media with a view to finding solution to the security challenges and disallow enemies from stoking fears in the minds of the public.

The Defence Chief also urged Nigerians and political leaders to understand the distinction between military operations and politics, adding that the military remained undaunted in ensuring a safe and secured nation.

Earlier, the Director, Defence Information, Major General Jimmy Akpor, said the essence of the parley was to build a sustainable trust between the media and members of the armed forces.

Akpor said the meeting was in line with the leadership focus of Irabor towards fostering professional armed forces capable of meeting constitutional imperatives.

The Chief Executive Officer of The Media Today, Charles Odenigbo, said the military and media must be frank and open to each other in ensuring peace and security in the country.

Odenigbo, the facilitator of the event, said although military operations could not be discussed in the open, there was need to see how the media could fit into the activities of the military.