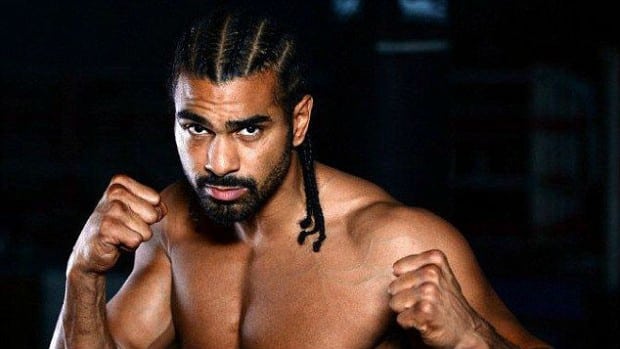 British heavyweight David Haye has been fined £25,000 for his behaviour and comments ahead of his fight with Tony Bellew.
Haye admitted that his behaviour amounted to misconduct when he appeared before the British Boxing Board of Control on Wednesday.
The 36-year-old Haye repeatedly made severe threats against Bellew’s life prior to their March 4 fight at London’s O2 Arena, and at a fight-week press conference he hit out at sections of his rival’s supporters.
When the fight took place, a hobbled Haye was stopped in the 11th round, and the former heavyweight world champion is currently recovering from an Achilles injury he suffered that evening.
He recently split with trainer Shane McGuigan, who oversaw his past three fights.
A BBBofC statement read: “The stewards of the British Boxing Board of Control considered the behaviour and comments made by boxer David Haye for his contest with Tony Bellew on March 4, 2017 at the O2 Arena, London at their board meeting on Wednesday, June 14, 2017
“Mr Haye admitted that his behaviour amounted to misconduct and brought boxing into disrepute.
“The stewards fined Mr Haye the sum of £25,000.00.”