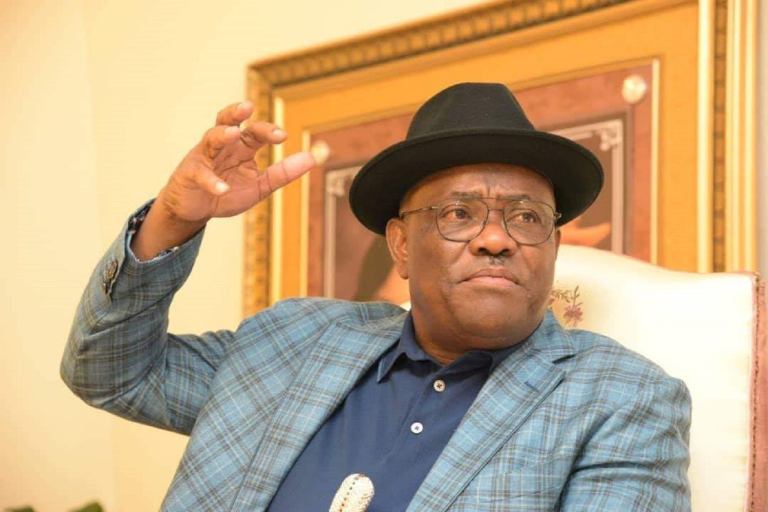 A pan-Nigeria group, One Nigeria Democratic Initiative (ONDI), has faulted the ongoing campaign by Rivers State Governor Nyesom Wike, aimed at undermineing the wisdom of the opposition Peoples Democratic Party (PDP) to leave its Presidential ticket open to the most popular candidate.

Recall that the PDP had constituted a 37-member committee to work out the best option for the party with regard to zoning of its Presidential candidate in the 2023 election.

Wike himself had declared his intent to contest for the Presidency, insisting that the ticket should be zoned to the south.

In a press statement by ONDI convener and co-convener, Alhaji Ahmed Danbatta and Mr. Onome Olali respectively, the group berated Wike for choosing to work against the popular opinion within the party for his selfish ambition.

It reads inter alia: “We wish to remind Governor Wike that PDP is not his personal estate. We are aware of his judicial moves to scuttle the PDP primary by vicariously using one Mallam Isa Taidi to use the court to abort a purely democratic process which the PDP had embarked on in the best interest of the party.

“We are aware that Wike is behind a suit before a Federal High Court sitting in Abuja in which the former Vice President Atiku Abubakar was joined as second defendant. The said Taidi is seeking a relief among others that the presidential ticket of the party be zoned to the south as stipulated in Chapter 1 Part 7(3C) of the party constitution. By joining only Atiku out of the other highly qualified northern candidates, it is obvious that Atiku is the target of Wike’s campaign of calumny. This raises the curious question: Is Wike working for the opposition or for PDP?

“Wike should be reminded that if he ever respected the principle of zoning, he should have started from his Rivers State where he succeeded Rotimi Amaechi, both of whom are from the same senatorial zone. Wike cannot be preaching zoning when he has not practised it in his state.

“Need we remind Governor Wike that out of 16 years of the PDP in power, the south did 14 years, leaving the north with only two years. Wike did not shout equity and fairness during these years.

“Chief Olusegun Obasanjo, a southerner, ruled for 8 years (1999 – 2007), Umaru Yar’Adua (northerner) ruled for only two years before his demise. And when Goodluck Jonathan (southerner) completed what was to be Yar’Adua’s term of 8 years by 2015, Wike did not scream zoning. Instead, he was all mute when Jonathan sought and got the party’s Presidential ticket to continue in office.

“The 2023 Presidential election is crucial for the return of PDP to power. The ticket should therefore be thrown open to the most popular candidate. But if the likes of Wike and Taidi have any sense of justice and fairness, they should allow the north to take a shot again as they have only ruled for 14 years out of PDP’s 16 years in power.”