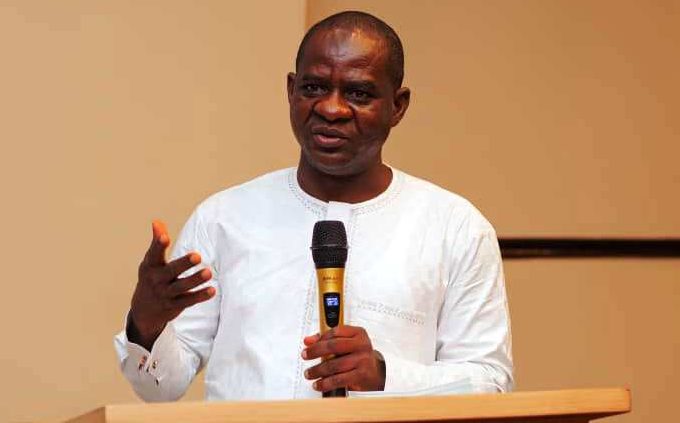 He spoke at the 2021 Annual Conference of the Guild of Corporate Online Publishers in Lagos last week Wednesday.

Speaking: on “Making Online News Outlets Sustainable,” Mojeed noted that it was not just enough to generate content, but having great content stands any online news outlet aside among equals.

This, he said, has a way of retaining visitors and readership over time, which enriches and sets the platform on the path of sustainability.

Mojeed, who is a thoroughbred investigative journalist and former president of GOCOP, told his audience that they equally have to be credible in carrying out their profession.

“You must be credible,” he declared.

Credibility, he said, comes along with being “fair, diligent, consistent and ethical in your coverages.”

Additionally, the Premium Times chief said in order for an online news outlet to be sustainable in this era and age, they must have multiple revenue streams.

“Advertising alone can’t save you from the hangman,” he asserted.

Sharing his Premium Times experience, Mojeed said they have built trust with some non-profit entities that support for-profit newsroom, while working hard to sustain partnership with traditional advertising and exploring innovative advertising.

Further, Mojeed said they have evolved into book publishing, organising events such as training, data and analysis service, seeking donations that support journalism and creation of membership services.

In a related development, the Publisher of Realnews, Maureen Chigbo, emerged the new president GOCOP for the next two years at the AGM.

She took over from the Publisher of The Eagle Online, Dotun Oladipo, after he served out two terms of two years each.

In her acceptance speech on behalf of her new team, Chigbo pledged to do her best in uplifting the ideals of GOCOP and credibility of members with the support and cooperation of the group.

The 2021 GOCOP Election Committee was chaired by Yusuf Ozi-Usman, Publisher of Greenberg Reporters, while Afolabi Odeyemi was the Secretary.