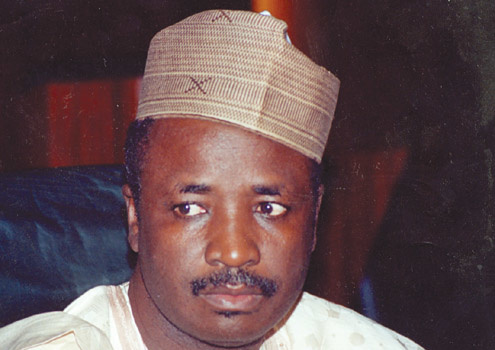 Governor Aliyu Wamakko of Sokoto State has said that the G5 Governors that defected to the All Progressives Congress will never return to the Peoples Democratic Party.
The G5 Governors – Rotimi Amaechi (Rivers), Muritala Nyako (Adamawa), Rabiu Kwankwaso (Kano), Aliyu Wamakko (Sokoto) and Abdulfatah Ahmed (Kwara) – recently defected to the APC when the defunct ‘New PDP’, to which they belonged, merged with the opposition party.
Speaking with State House correspondents after a meeting with President Goodluck Jonathan and key members of the PDP that ended in the early hours of Monday, Governor Wamakko insisted himself and Kwankwaso, who were present at the meeting with Jonathan, will never return to the PDP.
According to him, they attended the meeting so as to honour the President who invited them and not because they wanted to dump the APC.
He said the two of them told Jonathan that he should forget about wooing them back to the PDP.
Wamakko rode in the same vehicle with Kwankwaso to the venue of the meeting, which was held at the First Lady’s wing of the Presidential Villa, Aso Rock, Abuja.
Also in attendance at the meeting were Vice President Namadi Sambo; the Chairman of the Board of Trustees of the PDP, Chief Tony Anenih; the National Security Adviser, retired Colonel Sambo Dasuki; and PDP governors led by Godswil Akpabio of Akwa Ibom State, who is also the Chairman of the PDP Governors’ Forum.
Wamakko said: “Well, the meeting went on very well because some of us came here as governors.
“Our position has been known.
“On behalf of the five of us, I have already briefed Mr. President on the position of the G-5 that we are no longer in the PDP mainstream and that we are already in another party.
“But as a president of this country, if he (Jonathan) calls us, we will come and listen to him and respect him as a leader of our country.
“Otherwise what we had there was mostly a PDP affair.
“We had to tell the President and Chairman of the BOT our position.
“We can’t just be going about talking.
“We had to come and tell them the truth where the truth must be told and that is why we came here.”
Akpabio said: “I think the meeting we had was part of the dialogue Mr. President initiated months back at that time we had the G-7 governors.
“The last time we met, we met with the G-2 governors and today we had the G-3 and so it is part of the continuing dialogue to ensure harmony and peace in the party and Mr. President is not relenting.
“He is very serious about consulting with all strata and all the bigwigs in the party, particularly the governors who are aggrieved, with a view to bringing everybody on board and ensuring harmony and unity of the party and the governors.”