Funke Akindele falls under anointing while dancing in church + Video 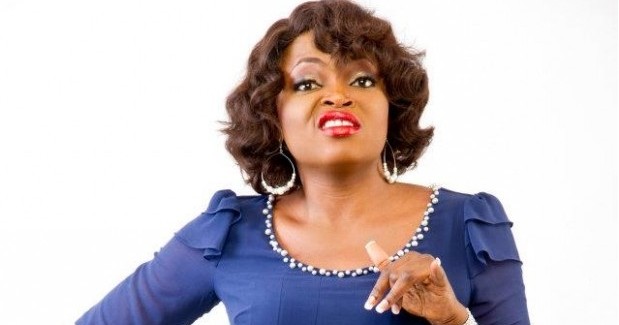 A video of actress Funke Akindele going into a trance while dancing in church is making rounds online.

The deputy governorship candidate of the Peoples Democratic Party for the 2023 polls was seen dancing in the video.

But as she continued dancing happily while showing off her skills, Akindele suddenly held her head with both hands as she closed her eyes.

Watching the actress in that state, some officials at the church rushed to her aid by  holding her from behind her waist to prevent her from falling as she was seen turning from side to side.

Akindele has confirmed that she was born into the Celestial Church of Christ.