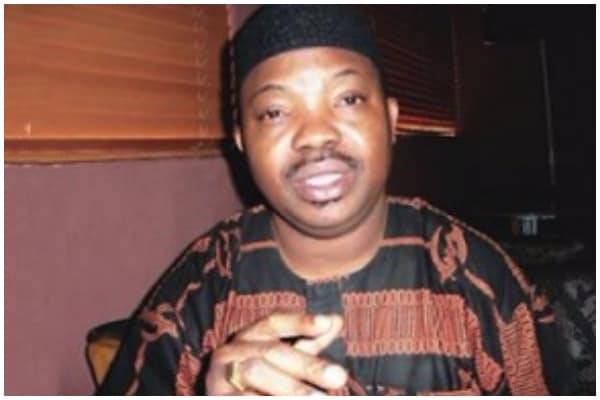 Pan-Yoruba socio-political organisation, Afenifere, has accused the police of having released all suspected Fulani kidnappers and killers arrested in the South West.
Afenifere stated this on Sunday in a statement by its spokesman, Yinka Odumakin.
The statement said among the Fulani killers and kidnappers released by the police were 14 arrested in Oyo Kingdom in Oyo State and handed over to the police by the Alaafin of Oyo, Oba Lamidi Adeyemi.
Odumakin also demanded from the police the reason for the delay in making public the outcome of its investigation into the killing of Funke Olakunrin, the daughter of Afenifere leader, Pa Reuben Fasoranti.
The statement reads in full:
“It is over one month now that Mrs Funke Olakunri was killed around Ore area of Ondo State and Afenifere is compelled to bring to the public the shoddiness of police investigation into the matter.
“It is on record that Mr Kehinde Fasoranti, brother of the deceased, revealed that the police in Ore told him his sister was killed by herdsmen and challenged them to bring out the statement he made hours after the murder. This has not been denied till date and the statement has not been denied.
“We saw signs there was no interest in investigating the murder as the vehicle in which she was killed was returned to the family the day after the murder without any forensic examination. It took engagements with the force PPRO, Mr Frank Mba, for the police to go back for the car seven days after the incident and even for autopsy to be done about two days to the burial.
“Minus a Deputy Commissioner of Police (DCP) who called Papa Fasoranti’s eldest daughter once to say he was in the house to tell the family they were working on the case, the police have yet to give any report to the family on what they have found so far or any examination on the car and the autopsy reports. We are worried!
“The Iku Baba Yeye, Alaafin of Oyo, Oba Lamidi Adeyemi, has also briefed us about how the local security committee in Oyo axis had arrested 14 kidnap kingpins who were handed over to the police with none of them paraded by the police or put on trial. There is the horrendous story of one of the suspects who removed a victim’s penis and scrotum. He is a free man today.
“The Ogun State police spokesman, Abimbola Oyeyemi, on the 28th of July announced that the command arrested 41 kidnap suspects. We don’t know who they are till date and we are not aware of their being charged to court .
“In July this year, the same Ogun police paraded in Abeokuta suspects implicated in the killing of a 40-year-old farmer, Rafiu Sowemimo in Odeda Local Government. The paraded suspects are: Muhammed Adamu, Saliu Ismail and Saliu Adam, all Fulani. They are not known to have been prosecuted.
“Also in July, the Osun State police command paraded suspects who, on May 5, 2019, kidnapped Professor Olayinka Adegbehingbe, an orthopaedic surgeon at the Obafemi Awolowo University, Ile-Ife and collected N5.045m ransom from him.
“The suspects paraded are: Usman Ladan, Samaila Gede from Katsina State; Kemu Rejuli from Niger Republic; and Jubril Mohammed from Katsina State.
“The state Commissioner of Police, Abiodun Ige, while parading the suspects in Osogbo, said the lecturer actually identified Usman Ladan as one of those who abducted him.
“We demand the status of these cases. When are they going to be charged to court? And if they have been freed, we want to know why they were freed and on whose authority.”