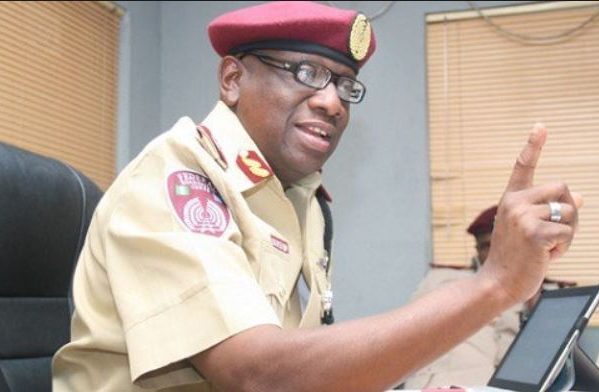 The Federal Road Safety Corps has redeployed 46 senior officers to different formations nationwide for effective performance in the agency.

This was contained in a statement by the Corps Public Education Officer, Assistant Corps Marshal Bisi Kazeem, on Friday in Abuja.

Kazeem said that this was pursuant to the recent approval of the promotion of senior officers by the FRSC and the need to strategically reposition them for optimal performance.

He said that the redeployed officers were Assistant Corps Marshals and Corps Commanders and were all expected to report to their new Commands on or before May 2.

He added: “He is to take over as the Commandant, Federal Road Safety Command and Staff College (FCSC), Udi, Enugu State.

He said that CC DY Dio was to proceed from Yobe State to take over as Adamawa State Sector Commander.

Kazeem said that CC YK Nadabo was to hand over the helm of affairs as CC LGA Station Office at the Operations department of the National headquarters and assume duty as the Sector Commander Sokoto state.

Kazeem said that the Corps Marshal, Dr. Boboye Oyeyemi, implored the officers to remain steadfast in their commitment, upright in their dedication to duties, and to share in the FRSC vision of making Nigerian roads safer for all motorists.

He quoted Oyeyemi as enjoining them to play pivotal roles to ensure that they contribute their quota in enhancing the safety of lives and property of all road users.